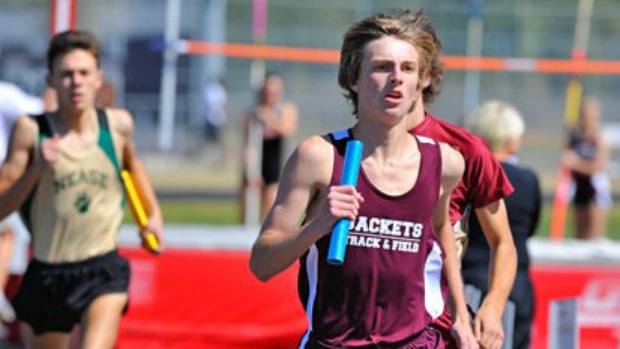 I never would have expected to become a runner. I wasn't very athletic, I was atrocious at team sports, and the idea of playing a sport in high school had never even crossed my mind. At the time I was 16 years old, about to be a junior in high school and I had no real idea of what I wanted to do with my life. Yet, out of the blue one day I had made the decision. I suppose I just needed a change of pace. I announced it at the dinner table, telling my whole entire family that I wanted to run. 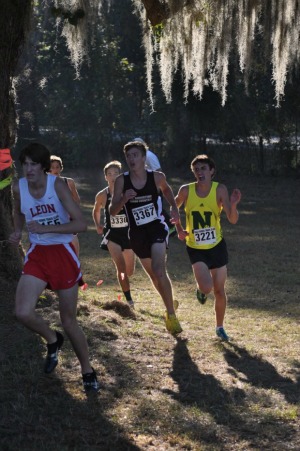 I think my family was just as surprised as I was, but they ended up supporting my decision one hundred and ten percent
.
I started the next day, with a clunky pair of running shoes and a whole lot of aspiration. Right from the start I was hooked. I loved the way everything around me just seemed to fade away, and all that I was conscious of was the sound of my feet hitting the pavement. I fell into a blissful state, as an inhabitant of my own little world. Nothing mattered except for the run. As I made my way, I came across a whole group of runners. I was rather surprised to see such a large group of kids like myself, a group of people that just wanted to run!  The coach saw me coming around the corner, looked me right in the eyes, and asked “what school do you run for?” I explained that I didn’t run for any school, and that it was actually my first day running. The coach told me that she was one of the coaches of the Saint Augustine High School cross country team, and that I should consider joining their practices. I told her I would surely consider, and went off on my way, back into my own little world. A few weeks passed, and I ran each and every day. High School orientation came around and the offer to join cross country was put back onto the table. I didn’t have to ponder my decision very long.  I was a member of the team by the next morning.
I arrived bright and early, not sure what to expect, but eager to find out. One of the coaches was a large, fit, tough looking man who I came to know as Coach Collins. As I walked up with an awkward stride and a timid feeling in my gut, Coach Collins quickly looked at me and asked, “what’s your story’’? The answer shot out of my mouth like a bullet, because I knew the answer immediately after the question was asked. “I want to run sir”. And run I did. My first season couldn't have gone any better. I made it onto the seventh spot of our varsity squad with a time of 19:46. I couldn't believe it and I was incredibly ecstatic. The season went well with everyone on the team gradually dropping time. We placed in the top five at several races and even ended up taking the win at one of them. All of the hard work and sweaty runs paid off and our team ended up making it to regionals. We didn't advance to states, but it was certainly a great experience for someone who had just begun running. We had ended the season as the greatest cross country team in the history of Saint Augustine High School. I ended up ending the season with a time of 17:13. I couldn't have been any more satisfied.
I learned a whole lot over the course of my first cross country season. I learned about a strange number known as a PR. I came to find out how important nutrition is to a runner, and how staying hydrated means constantly drinking water. I started viewing the land around me differently, noticing what terrain would make a “perfect cross country course”. As I learned all of these new things I came to find out that I would not have to stop running for long after cross country was over. I learned about track and field and all about how I could run distance events. I didn’t know the difference between an 800 and a 1600 only months before, and now I was making the decision to run in both of these events. Track was a whole new world compared to cross country, revolving around a faster pace and a lot more strategy. The 4 x 800 team I was a member of made it to regionals, and broke the schools previous record. My first track season ended up being just as successful as my first cross country season. I was proud of my teams and my own accomplishments.
During my first year of running I experienced a lot. I came to find a new way of life, and decided that I want to make it a goal to run in college. I learned the benefit of hard work, and how much it truly pays off. I got into the best shape of my life and made a lot of friends along the way. I haven’t been running for very long, but I already view it as one of the most major parts of my life. I am excited for this coming cross country season and I have high hopes for my team. I hope that all of you reading this train hard this summer so that you can have a successful season. Enjoy your time off from school and have a lot of fun! You will hear back from me soon as I will be blogging for flrunners throughout the cross country season!