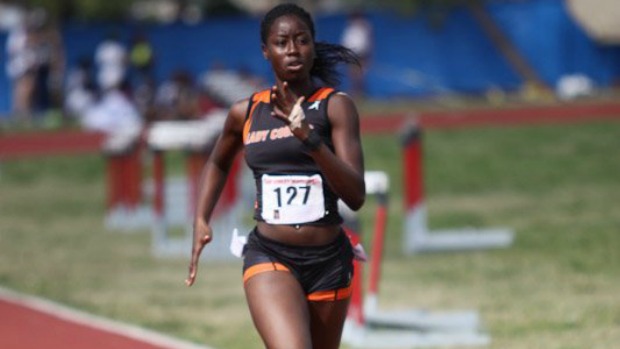 There is no doubt Florida is one of the most talented states in the country when it comes to track and field. We wanted to honor the best of the best with our 2013 Track & Field Athlete of the Year awards. Kali Davis-White of Boyd Anderson High School is our winner in the Girls Sprints/Hurdles Event category. Davis-White picked up an indoor national championship, and three more state titles, as one of the top sprinters in the country for 2013.

The 2013 track season started indoors for one of the state and nation's best. Kali Davis White headed to the west coast at the end of February to compete in the Brooks PR Invitational. Competing in the 60 meter dash, the Boyd Anderson senior crossed the line in 7.35 seconds to finish first in a star studded field. Former teammate Shayla Sanders won the event last year and Davis-White proved this year was her turn. Two weeks later, the future Florida State Seminole was back at it again at the New Balance Indoor Nationals on the east coast in New York. After being disqualfied in the 100 meters, she returned on a mission, and won the 200 in a US#1 time of 23.48.

Coach Damion Thomas saw a harder work ethic in the off season and says that contributed to her growth. Being one of the top sprinters in the nation as a junior, but also in the shadows of Sanders gave Davis-White goals to shoot for: county championships, district , regional, and state titles all loomed. She won all regular season meets except for the Arcadia Invitational where she finished second in the 100 and the 200. Working on the curves, during training, allowed her to improve her 200 meter time from 23.45 as a junior to a personal best 23.05 as a senior which is US#2. The senior went onto win state titles in the 100,200 and 4x100. She capped off her high school career with a third place finish at the Adidas Dream 100.

Congratulations to Kali Davis-White our Girls Sprint/Hurdles Athlete of the Year.