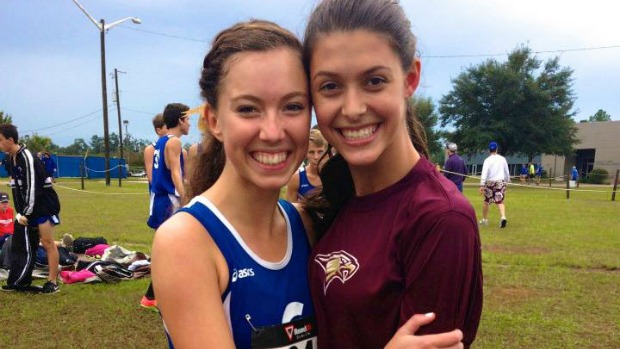 Oak Hall junior Brittney Olinger and Christina McKinney of Mt. Dora Bible were out front early in the race, with Denae Chapman of Circle Christian and a pack of Oak Hall runners following behind. The First Academy showing their incredble 1-5 second spread solidifying themselves in the top twenty spots. Olinger began to push the pace midway through the race and distanced herself from the rest of the field winning in a time of 18:48.00. Chapman was second in 19:21.70 and McKinney third in 19:32.30. 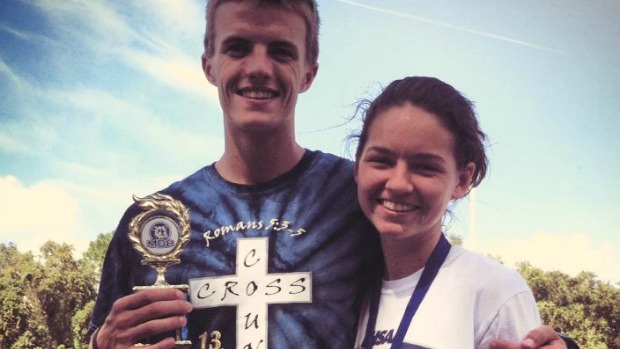 Mount Dora Bible's lone entrant in the meet, Troy Clark, was the leader from the gun with a group of three; Franco Martins of Windermere Prep, Nicholas Gonzalez, and Joseph Janson close behind. Clark crossed the line first in a time of 16:07.00. Martins and Janson followed shortly thereafter in 16:16.80 and 16:19.00. Gonzalez looked like he would finish fourth easily, but as he entered the final straight away he began to falter. Teammate Isak Davis and a member of the training staff walked Gonzalez through the finish. Both runners were disqualified by a jury of judges, but in the end it didn't matter for Geneva.

Despite, their top two runners missing from the results the team had still won by 20 points over Circle Christian. Kola Katynski ended up fourth and Austin Rader also finished in the top ten to give them 72 points with their five runners that scored placing in the top 27. P.K. Yonge was third with 96 points. Father Lopez's depth carried then to a tie break win (115 pts.) over Windermere Prep while Oak Hall claimed the final spot with 119 points.