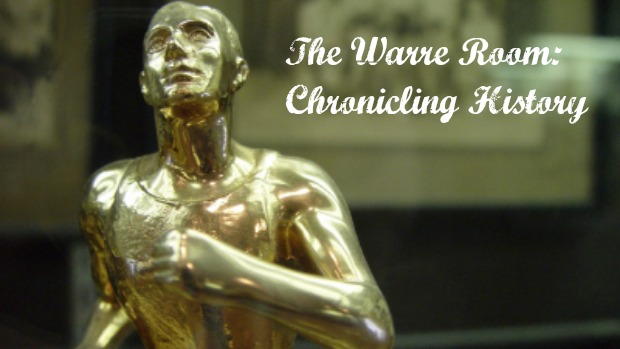 In the beginning there was Jack, Jack Nason that is, the young Orlando Evans High School Prep, that would lead us out of the Dark Ages of Florida High School Cross Country & Track under the guidance of his Coach Dick Skelton his senior year. He would set standards for all future runners in Florida to try to emulate, including winning six state titles in two years.
Jack would win the Florida High State 2A title in Cross Country the first time in 1966 in time of 10:00 flat, the second best ever at the 2 mile distance at state. He would repeat again in 1967 with a record setting 9:49 becoming the second runner to break 10 minute barrier after Dan McKillip of Hialeah who ran a 9:57.8 in 1965.
During track season the results would be much the same for Jack. A brand new event was opened and it would be ruled by him, known as the 2 Mile. He would win the first two 2A state titles in Florida history in 1967 & 1968, running 9:44.5 then 9:25.8 respectfully. While setting the mark for those who follow him. Apparently, there was some kickback from some Coaches and athletic officials about even running 2 miles on the track, maybe they believed it was too long, or just the normal resistance to change. Even though the race was available to Class A teams it was not contested at that level for those first two years.
Jack may have opened their eyes and minds. He would win the 2A Mile title as well in 1967 & 1968 and of course in record style. In 1967 he ran the first sub 4:20 at state in 4:19.2. He follows that up in 1968 by blazing a 4:13.4 the new state record and still doubled back with a 9:25.8 2 Mile. That was a double which would remain unmatched until Jeff Warrick of Bayshore who won the 3A Mile in 4:13.5 & 9:13.2 in the 2 Mile in 1979.
"I've never seen a more fierce competitor! He was not afraid of any challenge. He really cared about his teammates and wanted to set an example," Skelton stated in a Orlando Sentinel interview, "His work ethic was probably the greatest of any athlete I ever coached."

High praise from his coach!
"I used to watch him run through Pine Hills," said Bill Summers, a retired former Orlando Sentinel news editor who lived near Jack, "He told me he ran 15 miles a day. He was like a machine."
Jack’s legendary performances inspired another runner and future author John L. Parker in his novels, “Once a Runner” and its sequel, “Again to Carthage” through the character named Jack Nubbins modeling his personality! In an interview with Gary Cohen he extolled, “My old rival and teammate, Jack Nason , turned out to be a helpful phantom in both real life and in my fictional world as well”. John also recalled Jack as a Freshman remembering him at this “puny” kid who would always beat him and later on in college at the University of Florida, dukin'-it-out with one another during practices!
As noted, Jack would go on to a successful running career at the University of Florida. Would be voted into Metro Conference Hall of Fame for his six title wins in 1994. He had also been named Most Outstanding Prep at the Florida Relays his Jr. and Sr. years.
Jack would eventually find a home and settle in Fort White, FL after a stint in the Marines and made a living as a self-employed carpenter. He would also function as a Columbia Country Sheriff's Reservist. Jack was a hobbyist, a collector of coins & stamps as well as a Civil War re-enactor as part of the 4th Maine Regiment of the Union Army. He also was a member of the Masonic Lodge of Ft. White. Sadly, however, Jack Nason crossed the finish line one last time on July 22, 2003 at the relatively young age of 53 from a brain aneurism.

Now I've created the Nason Line, in his honor and memory, a list of Florida's All-Time Top Prep 2 Mile/3200 runners starting at Nason's 9:25.8 2 Mile. Currently there are 132 runners on the list. The list we be out soon!
Tweets by flrunners