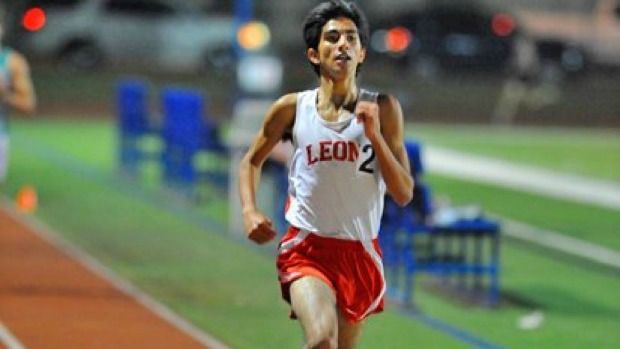 Sukhi Khosla waited for the moment his invitation to the Adidas Dream Mile would come. He checked his mail several times a day, pacing back and forth waiting f or his ticket to New York City to arrive. He had seen the Twitter posts from other athletes around the country, he watched the latest lists of invitees, until it finally arrived. The nation's fastest 1600 meter runner, Khosla says he would have been offended if he had not received an invite and a chance to be named the best distance runner in 2014.

"I definitely felt that I deserved a ticket through the 4:05, since it was and still is US#1. PIus, did it leading from the gun. Although it was late, I still was extremely confident that I was going to be invited. That said, when I opened it up it felt good to actually see it and know that I had achieved what I'd been hoping for for a very long time."
Khosla has had a fantastic junior campaign. The Leon High School product ran a new high school course record of 14:59.45 to win Pre-State and claimed his first cross country crown winning the 3A Finals in 15:11. 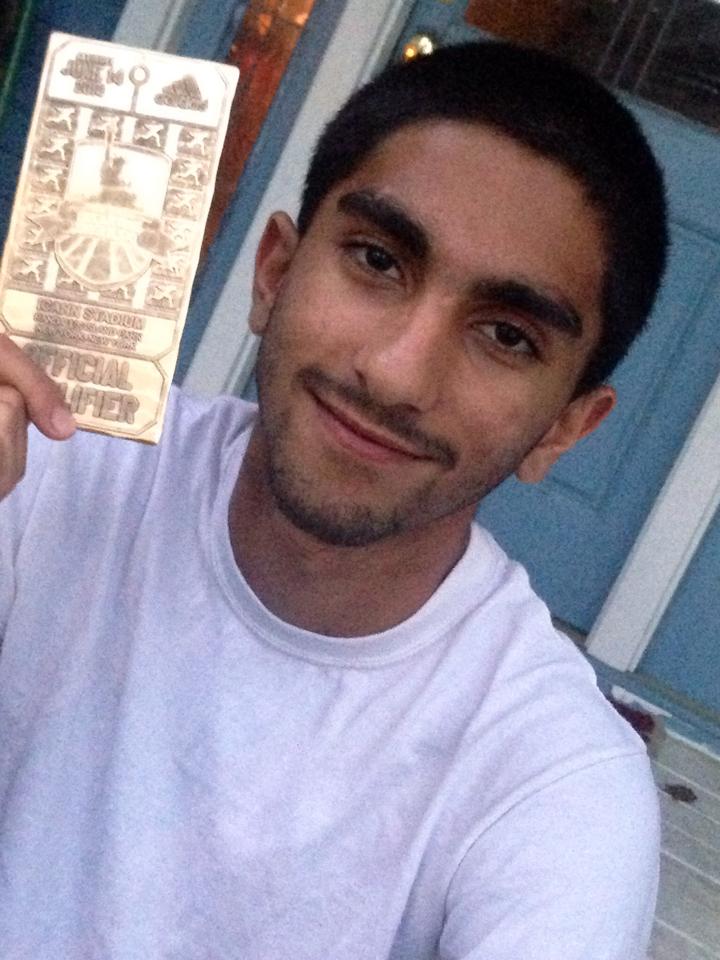 Outdoors he clocked an 8:59.50 at 3200 meters to win the FSU Relays and went 4:06.46 and 4:05.96 to collect a regional and state crown. Pretty impressive credentials for a runner who was injured for a portion of his sophomore seson. Khosla says so far he has exceeded his own expectations.
"It exceeded what I was hoping to do by my senior year in the mile and it is really just a testament to how much things can change in a year. It really just gets me excited knowing that I'm in this position and still have a year left."

For Khosla to be amongst the best high school distance runners is a destination he's wanted to be for quite some time. He knows being on top is great, but is aware of the people still in front of him versus those that are behind. His coach Andrew Wills says his pupil should already be prepared and that this week is for fine tuning and sharpening.

"I just hope the six week layoff from racing doesn't hurt us. You never know how these type of races turnout. Sometimes they're sit and kick, very tactical type races. Other times you'll get someone up front willing to push the pace and string the field out. You have to be ready for any scenario."

When I asked Khosla what they planned on working this week and his strategy for the meet, the senior to be played it close to the vest.

"For the training aspect I will just do what I always do and listen to my coach 100%. You'll see the game plan during  the race."

The motto for the Dream Mile is "make history". On the day of Jim Ryun's historic sub 4:00 mile 50 years ago, the meet sets out to find the next to join that historic club. Lukas Verzbicas became the first to do so when he went 3:59.72 in 2011, but since then others have been close, but nobody has been able to accomplis that feat. Khosla who has the fastest 1600 meter time in the field believes it will take almost a team effort for someone to see that magical marker.

"There is always lots of talk, but only five high-schoolers have done it for a reason. It is a high caliber bunch of guys but sub four is gonna take someone having a very very special day."

"All the runners invited are great, but I don't think sub four is likely. Just thinking about it from the historic perspective, only five American high schoolers have broken four. If someone is going to break it though the Adidas Dream Mile is the type of race to see a performance like that."

Khosla is the third male to be invited to the Dream Mile and fourth Floridian male or female. Winter Park alumni and current Florida Gator Shelby was second at the inaugural meet in 2011 with a time of 4:43.00 which was bested by Chiles alumni and Vanderbilt runner Lily William's time of 4:42.79. Andres Arroyo continued the trend of yearly entrants coming in as one of the favorites last year before finishing eighth in 4:08.72.  Sarasota High School's Zack Summerall, who won the Golden South Classic and earned an automatic ticket to the Dream Mile will also represent Florida at the iconic race at Icahn Stadium on Randall's Island. Like all runners in the field, Khosla's goal is to win and get as close to four minutes as possible. No matter where he finishes or in what time, one thing is for sure. The after party will be at Lombardi's.
"I have been to New York City three times. Other than the race itself I can't wait to go to Lombardi's pizza. It is actually the greatest thing that is edible on the planet. Anyone in NYC would be doing themselves a great disservice by not having at LEAST two meals there."