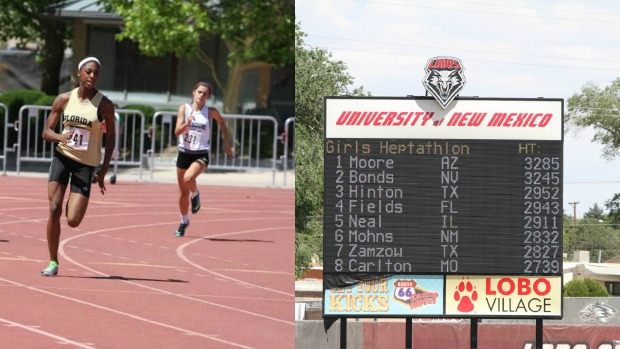 Creekside sophomore Jordan Fields currently sits in fourth place after day one of the heptathlon at the Great Southwest Classic in New Mexico. The heptathlon, which consists of seven events, is based on points. Fields scored the most points, 862, after her 100m hurdle time of 14.84, which earned her a fourth place finish. Her second best event came in the 200 meter dash where she tallied 851 points for her 25.39. Through four events, she has 2,943 points in a closely contested multi-event.

At the 2014 State Finals, the class of 2016 athlete was fourth in the high jump, sixth in the 100 meter hurdles, and seventh in the 400 meter dash. Fields finished sixth at the New Balance Nationals Outdoor heptathlon last year scoring 4,406 points.