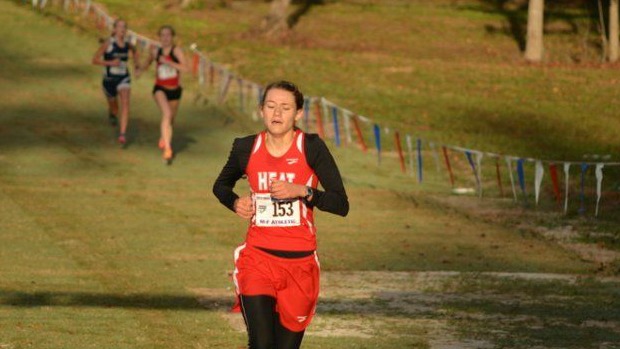 Brevard HEAT senior Emily Chapman is one of the top runners in the state and a contender for the 1A Cross Country Finals champion. Chapman was sixth at last year's state meet and is coming off a runner-up finish in the 3200m at the 1A state meet where she posted a time of 11:05.70. She has logged over 500 miles this summer and says this off season has been one of her most intense training wise of her career. Find out how she started out running, her plans for the 2014 season, and much more.

I began running cross country and track in the sixth grade with Brevard HEAT. However, I started running about a year and a half before that and running local road races. I love it when people ask me, "How did you start running?"  My response is, "By chasing cars!"  You see, I use to chase my friend's car out of the parking lot every Sunday after church! From there, my mom decided to take me out to a track one afternoon to see what I could do.
Do you remember your first real race?
My first road race was the Brevard Zoo Run in 2007. It was a 3K. I had only been running about two months and I had been sick with the flu, so I didn't expect to do very well, but when they announced the results, I had come in 3rd place for my age group. It was a start. 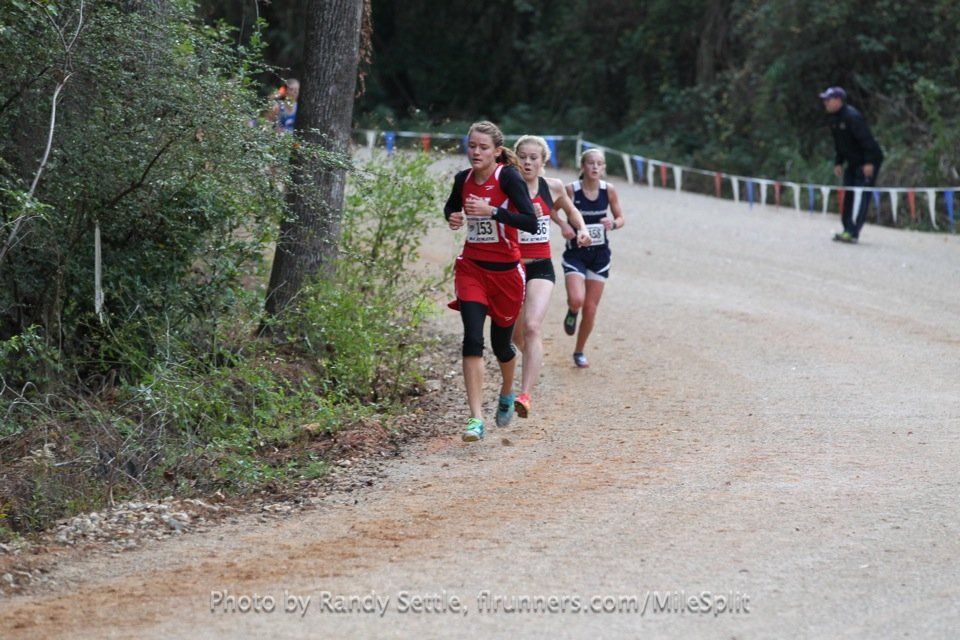 How is your summer training going?
In spite of being out of town a lot this summer, training has been going well. Workouts have been strenuous with a lot of new interval training and the performance has been good.  I should have about 500 miles by the end of the summer leading into racing, not my highest mileage summer, but the most intensive.
Do you do any cross training or specific nutrition plan?
We do some core work and upper body work a couple of times a week.  I have been on a special diet (wheat and dairy free) since I was three years old.  I eat very healthy and take vitamins regularly.

What is your favorite workout?
I don't really have a favorite workout, but if I had to pick one it would probably be "reverse ladder" (2 mile, 1mile, 800m, 400m, 200m, 200m with diminishing rests).
Which meets will you be running in this year?
I will be doing several meets this year including the Astronaut Invitational, flrunners.com Invitational ROC (hopefully), Mt. Dew Invitational (individually), Pre-State, Holy Trinity Classic, and a few smaller meets.
Do you have a favorite course? What do you think is the toughest course in the state?
I believe Mt. Dora is one of the toughest courses in the state, but it is also one of my favorites.  My favorite course so far has been Tallahassee state course, especially after last year's renovations.
Out of all your running accomplishments so far, which stands out the most?
My greatest achievement so far has been state runner-up in the 3200m this past season. It was a big PR. It is probably also one of my greatest memories. I prayed with all the girls while we were standing on the track waiting for our event which helped me get my mind on track, so to speak.  As the race progressed, I was in the back of the lead pack and I thought we were running too fast, but every time I felt like giving up, I just searched for more and was given the strength to continue on as one by one they began to fall off. 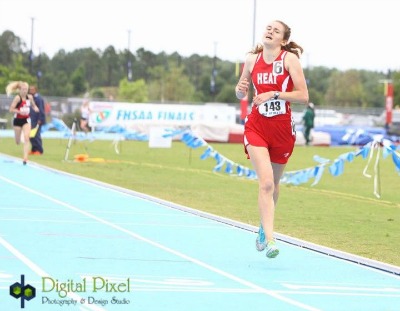 In the second mile I suddenly realized that it was just me and Grace Cassagrande and I began to believe I could hold on and possibly win. It  was back and forth until the last lap when I took the lead one last time on the second to last turn, but Grace had more that day and passed me again.  I tried to keep up but she just had a better sprint in the end, by four seconds. It was still a thrill and I was happy with my time. I knew my strength came from God that day.
What are your goals for the upcoming cross country season? What do you look forward to the most?
My goals for this cross country season are to break through the 18 minute wall and hopefully, by God's grace, come home with a state championship win.  I look forward to running with my teammates again for one last year, encouraging one another, and just having fun running!

What do you love most about running?
I love how running brings people together and we all are pursuing the same challenge which is to do better than our previous time.
Finish this sentence. Emily Chapman is ______.

Emily Chapman is a miracle.

We wanted to get in-depth and personal with Emily. Check out the low down.

Do you have a favorite quote?
My favorite quote is by Jim Elliot "He is no fool who gives what he cannot keep to gain that which he cannot lose."
What pre-race rituals or routines do you follow?
My rituals are pasta party the evening before the race with my team. Go to bed early. Drink protein shake one hour before race.  Last call for the restroom!  Put on flats, warm up, and pray with team. Team chant. As the gun goes off I declare "All glory to God".
What is your favorite food?
My favorite food is probably anything Mexican and spicy, but no cheese.