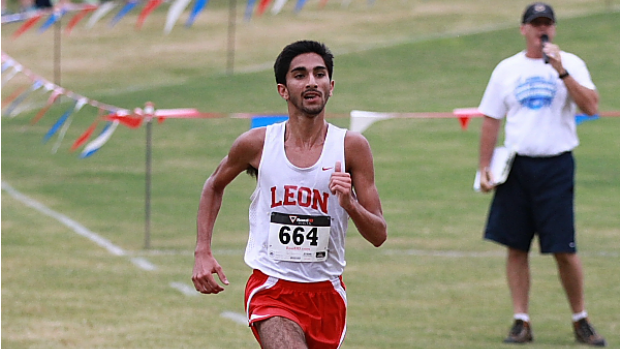 Leon senior Sukhi Khosla recently defended his title at the Carrollton Orthapedic Invitational in Georgia. Khosla dominated the competiton on the Peach State's state course winning in 15:53.35, three tenths faster than his 15:53.65 in 2013. Equally as impressive as his time, was how far back the rest of the field was. Holy Trinity's duo of Andrew Cacciatore and Trevor Kattenberg were nearly fifty seconds behind coming n second and third respectively. That performance earned him a spot in this week's National Performer of the Week Poll. Voting ends on Thursday, September 18 at 8 PM ET.

"The course has always been a tough, slow course. It was a good start to the season for him though. I thought he performed well. This was his first real race. Last week they ran as a group for the first two miles. Hopefully he can keep improving and have a great year."