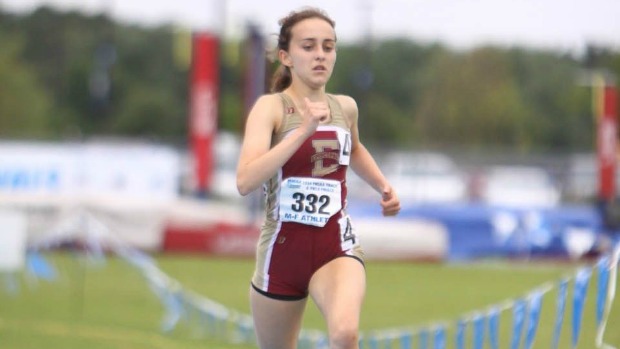 
On an early morning in mid-October, Middleburg, Florida provided the perfect conditions for the Bronco Classic/St. John’s River Conference. With no wind, no humidity, clouds overhead, a relatively cool 50 degree temperature, and a completely flat course, the stage was set for blazing times. As the plethora of various colored jerseys crowded the line, each coach barked at their athletes to get out quick in order to avoid the tight bottleneck after 200 meters. Once race instructions were given, a quick gun signaled the start of the varsity race, and a battle to gain position before the bottleneck, two-person wide first half mile.

Prior to the start of the boys’ race, the individual competition appeared to be between Cash Tampa of Creekside and Ryan Aponte of St. Augustine, boasting PR’s of 15:42.44 and 15:49.49 respectively; however, Creekside adopted a pack-style running mentality for the meet leaving Cash to pace his teammates and Aponte to run solo. From 400 meters into the race until the finish, Ryan Aponte maintained the lead running comfortably hard and coasting to the win in a time of 16:05.00. The competition for second place was much closer coming from a second pack led by Liam Conville of Matanzas and followed closely by the Bartram Trail trio of Ryan Stellhorn, Jordan Bubar, and Bradley Dixon. Thanks to a stellar kick, Cash Tampa put himself back into the race during the final 350 meters on the track. Surging past the tightly knit Bartram Trail trio, Tampa hit the line in a photo finish for second place. After three different posting of results, it was determined that Conville (16:12.60) edged Tampa (16:12.70) for second place by .01 seconds; however, Tampa’s strong finish proved crucial in the team race. Despite Bartram’s placing 3 runners in the top 6 with Stellhorn (4th in 16:17.20), Bubar (5th in 16:18.20), and Dixon (6th 16:20.00), Creekside claimed the team title. With a team average of 16:31, Creekside defeated Bartram 44 points to 45 points thanks to efforts of Creekside 3 and 4 runners Nicholas Deal and Matthew Clark.

On the girls’ side, the individual race pushed 3 girls under 19 minutes. Morgan Lucey of Episcopal dominated in a time of 18:42.00, while Kelly Aponte of St. Augustine followed up her pre-state select race win with a conference win and race runner-up in a time of 18:52.80, as her season continues to heat up. Following in third was Yaranel Abreu of Nease in a time of 18:58.70, rounding up the sub-19 minute girls. If you thought the race on the boys’ team side couldn’t have been closer with a finish separated by one point, the girls’ team side proved you wrong. Despite placing two runners ahead of Columbia’s number one, Nease lost the battle of 3-5, and finished tied with Columbia for first place at 86 points apiece. This brought the team title down to the number 6 runners, where Zahra Crim of Nease put up 47 points to beat Christen Odum of Columbia (67 points) and allow the Nease girls to bring home the team title.