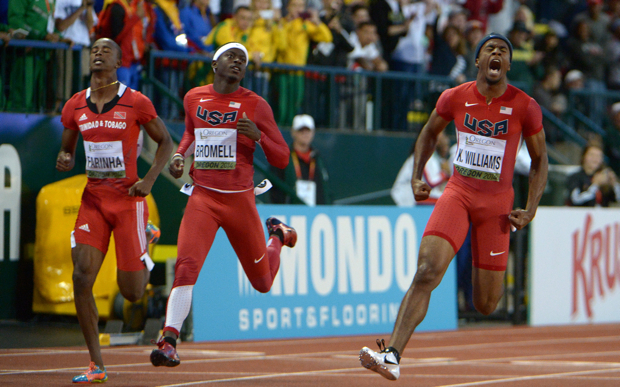 Kendal Williams was nearly unstoppable in 2014. As a senior at Stanton Prep, Williams ran through the in-state schedule going undefeated in the 200 meter dash and winning all but one race (Gateway Conference Championships) in the 100. He was the 3A state champion in both events and during the regular season ran 10.28 to win the Bob Hayes Invitational and 20.96 to win his fourth state championship in the 200. The post-season included a 200m victory at the Golden South Classic (20.55) and victory at the Dream 100 in New York City before dawning the red, white and blue for Team USA. At USATF Junior Nationals, the soon to be FSU freshman was second in both the 100 and 200 (personal best 20.46w). He wasn't quite finished. Williams surprised many when he upset NCAA Champion and fellow Floridian Trayvon Bromell to win IAAF World Juniors gold in the 100m dash. Following that race, he opted to save his energy to run on the United State's gold winning 4x100m relay team.

Congratulations to Kendal, #2 on MileSplit's list of Top Ten Male Athletes For 2014!