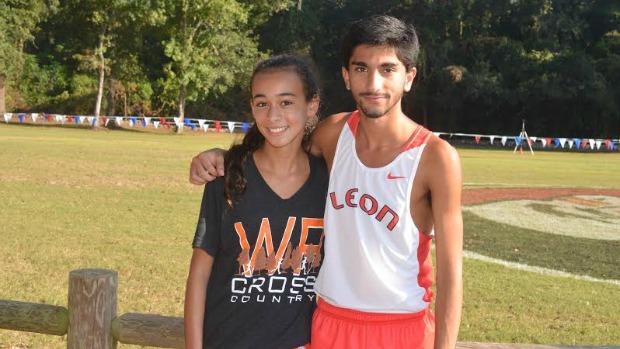 When picking the top two cross country runners in the state it's hard to look much further than Winter Park freshman Rafaella Gibbons and Leon senior Sukhi Khosla. Both competed undefeated seasons in the state of Florida culminating in the 4A and 3A Cross Country Finals championships respectively. The two went onto represent the Sunshine State at the national level. In addition to being named our All Flrunners.com Cross Country Runners of the Year, they have been recently named the Gatorade Florida XC Runners of the Year adding to their impressive accolades from the 2014 season. 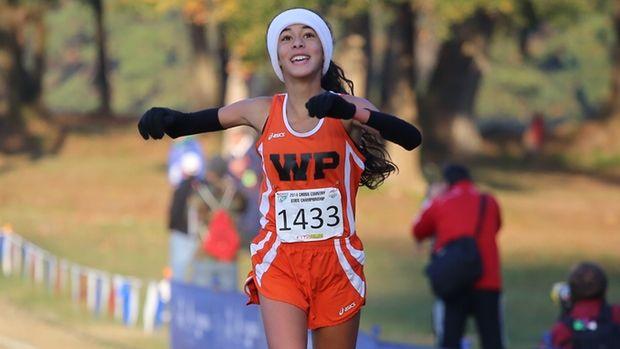 Rafaella Gibbons entered her freshman season at Winter Park after a highly touted middle school career and lived up to expectations and then some.In her first meet of the season, Gibbons picked up a win at the Astronaut Invitational and then finished second the following week on a very difficult Georgia state meet course at the Carrollton Orthopedic Invitational. The following race Gibbons and her Wildcat teammates headed to North Carolina for the Great American XC Festival.

The youngster was sixth in the prestigious field with an incredible time of 17:49.14. Not to be out-done she returned to the Sunshine State and broke 18 minutes once again against the top Floridians at the FSU Invitational/Pre-State crossing the line in 17:52.12. The in-state postseason continued with a conference, district, regional, and state championship. Gibbons first place performance helped Winter Park claim the 4A Cross Country Finals team trophy as well.

While Gibbons could have had her pick of post-season meets (Foot Locker South or NXN Southeast) she chose to run with her teammates at Nike. Though the team didn't make it Rafaella's sixth place finish was good enough to send her through as an individual, the first Florida female to ever make Nike Cross Nationals. She set a new personal best in the process of 17:39.40. In Portland, she placed 27th out of 199 girls to cap off a stellar freshman season! 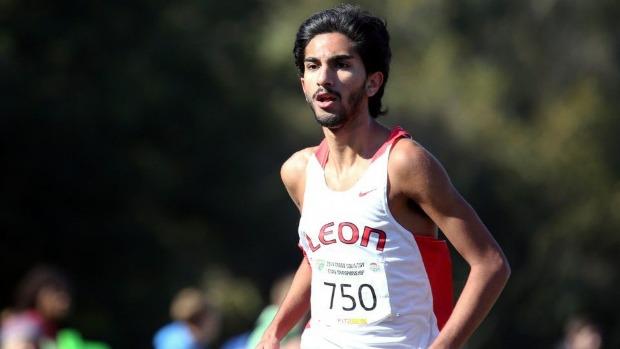 Leon senior Sukhi Khosla was the lone runner in the state to go undefeated on Florida soil. Khosla won the Cougar XC Challenge with relative ease in his first meet and then rattled off wins at the Carrollton Orthopedic Invitational, Bale-N-Trail, Pre-State, District, Regionals, and the Cross Country Finals. His time of 14:59.94 at Pre-State marked the second year he won the meet and dipped under 15 minutes. At the 3A Region 1 Championship he went under that mark again hitting a US#12 time of 14:52.60. One of the most sought after recruits in the state, he won his second 3A Cross Country Finals in 15:01.80. He wasn't finished though. After opting to run with his Leon teammates at Nike Southeast, Khosla was the second individual to cross the line punching his ticket to Portland in his third sub fifteen minute time of 14:56.00. The senior capped off his cross country career with a 35th place finish at Nike Nationals.