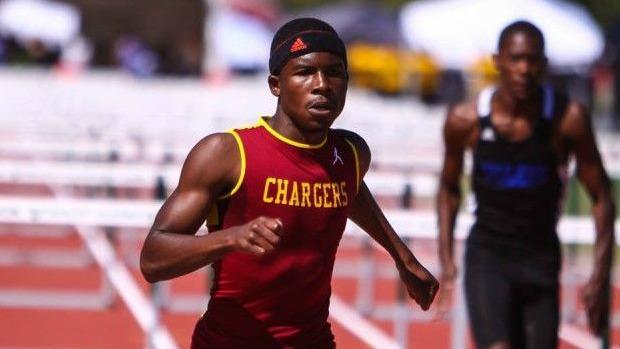 In 2014, Antwuan Musgrove burst onto the scene in both the 110m and 300m hurdles. He transitioned from running sprint events during his 9th & 10th grade seasons. As a result, he took the world of Track and Field by storm competing and placing high against some of the elite hurdlers across the state of Florida. As a newcomer to hurdling, Antwuan was skeptical about running his new event. He envisioned himself being one of the top sprinters in the state, but he excelled quickly during the transition. “I knew I had the potential to be good at the hurdles, but I never thought I would qualify for states in my first year." Antwuan not only qualified for the FHSAA 2A Track & Field Championships, he ran well enough to place 2nd in the 300m hurdles and placed 5th in the 110m hurdles.

When Antwuan's 2014 season began, he knew he had to compete against some of the best hurdlers in the country, so he had to prepare himself to compete. “Last year I was fortunate to have two of the top hurdlers in the country as my training partners in Richie Cooper and John Battle IV. Having the two of them to run against pushed me to work hard everyday. Training with Battle and Cooper on a daily basis, I had to be ready to work because they didn't mess around when it came to the hurdles. My hurdle coach made us compete against each other for running opportunities. Being the rookie in our stable of elite hurdlers, I use to get beat all the time in practice. My coaches always told me to do what I do best which is sprint in between the hurdles. Once I figured out how to do what they were training me to do, everything clicked for me and I began beating them in practice and everyday became a competition to be the best. I tried to learn as much as I could from both of them and incorporate it in my racing strategy."

As a junior, Antwuan knocked on the door of greatness and in senior season he plans to kick it open. He has dedicated himself completely to track and field. During his offseason, he joined the Cross Country team to work on his endurance. He hit the weight room putting on 10lbs of muscle and he took yoga classes to work on his flexibility. As a result, in 2015 Antwuan placed 2nd in the 60m dash and 60m hurdles at the LSU High School Indoor Invitational. “The LSU meet was my fist time running indoors and it was a great experience, one that I will never forget. I had to run both of my events back to back and I came up which only motivated me to work harder."

On February 22, 2015 Antwuan opened his senior campaign running a blazing time of 37.01 at the Louie Bing Invitational, placing him currently as the (#1) 300m hurdles and the (#3) 110 hurdler in the country. “I have a passion to be the best, I plan to break every hurdle record at Hallandale High School. I want to set the bar high for the next generation of hurdlers coming to Hallandale “Hurdle" High in the future. We have a strong tradition of great hurdlers and I want to give them something to work for just as my predecessors did for me. It is my way of passing on the baton. It's my goal to run 35.0 this season and I have a long way to go but I am going to work hard to get there."