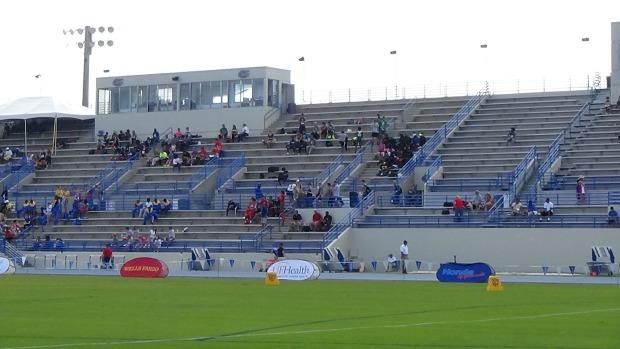 Day 1 of the Florida Relays about was runners and field athletes proving, reinforcing, dominating and putting an exclamation point on their craft.

Caitlyn Collier, a ninth grader from Bolles, put an exclamation point on her season. Collier ran the fastest 800 meter time in state this year with a blistering 2:10.11. Last week, in what Collier considered a warmup race, she ran a 2:11.

“When I went to the UNF Invitational, I was surprised what I was capable of running,"Collier said. “Today I proved to myself that I could do it again. Running last week really prepared me mentally and physically for today."

Collier prepares for the 800 races one way: on the track.

“Before today she has raced in as many 200 meter races this season as she has 800 meter races," said Bolles coach Dan Dearing. “We focus on being fast. If you want to run at the level that she is at you have to be able to run fast."

“The 200 is kind of out of my comfort zone but it is great preparation for the 800," said Collier.

Tyler Fisher walked off the track after the 3200 bleeding. Not only did he spill his blood but the senior from Port Charlotte also spilled his guts Friday night in what was also a carbon copy of a recent race at USF.

“Against James Zentmeyer at USF I didn't think I could do it," said Fisher. “I'm giving it everything I got, get a kick and out do them. Its been working lately."

Fisher just didn't want to lose Friday. He battled Nick Diaz, one of the best kickers in the state bound for the University of Florida, knocked knees with him and with 300 meters left pulled away in impressive fashion.

“It's not I'm faster, he's fast," said Fisher “It's who wants to win more and I have been wanting it so bad lately. I just hope I can keep it up."

Devin Quinn was a relatively unknown yet had a blistering fast time of 10.34 earlier this season that grabbed the state's attention. Friday the Charlotte High School senior put his name out there again, reinforcing how fast he can be. Quinn posted the fastest time in the 100 meter prelims with a time of 10.67.

“There was some ridiculous wind that day," Quinn said of his 10.34. “I totally felt like I had to show something today too. There are a lot of big schools here and I haven't signed with anyone yet. I needed to showcase myself."

Quinn has a method to his success. The physical aspect was worked on months ago. His mental approach is set seconds before the gun goes off.

“In the 100 it is what you do off the track in the offseason," said Quinn. “Your time is what you do and how hard you work. In the blocks I'm thinking about power, getting out of the blocks hard. Other than that just be smooth. Being smooth is fast. Being relaxed is how you get moving."

The winners in the 1600 meters both set PRs.

Kelly Aponte of St. Augustine was looking for total redemption after what she called “a bad race" at FSU last weekend.

“I was really motivated to do better because my confidence level was down a bit," said Aponte. “To get ready for districts, regions and states I needed a good run."

By running a 5:07.2 Friday Aponte didn't just post the best time of the four heats, she shaved five seconds off her personal best. She was gunning for 5:10.

“I was really motivated to do better," Aponte said. 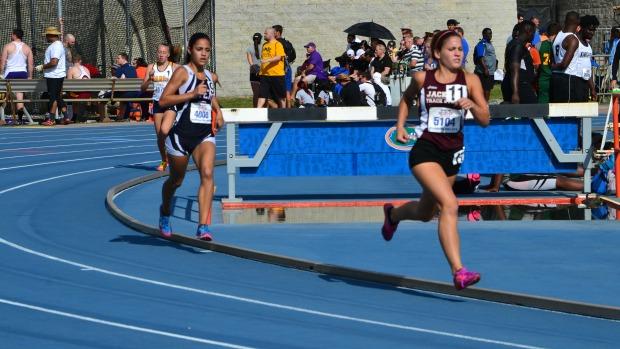 John Lyons of Lake Mary kicked it into gear during the last lap, finishing with a time of 4:24.33."

“I think I can still go faster," said Lyons. “Our first lap was pretty quick, it backed off a little bit on the second. The last lap I decided to take the lead." 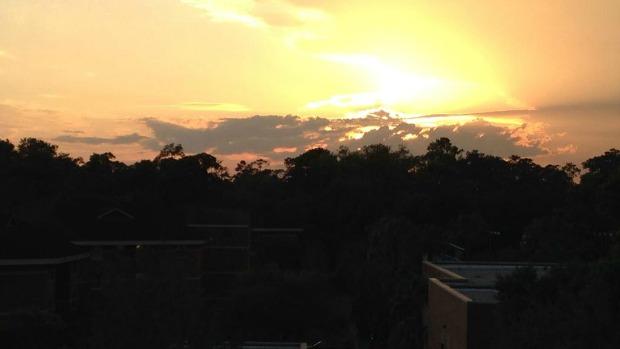