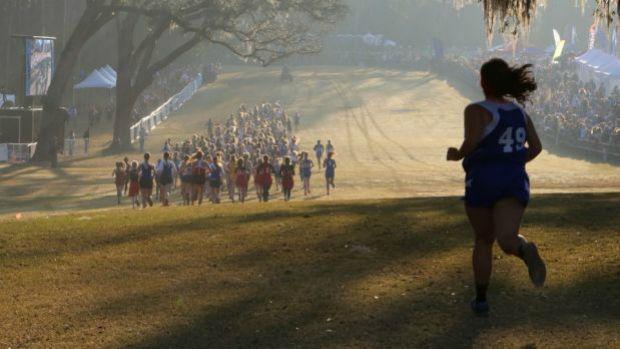 The culmination of the Florida cross country season will take place Saturday November 7th at Apalachee Regional Park in Tallahassee with state championship titles for both individuals and teams on the line. Leading up to the meet we will preview each classification with in-depth analysis as well as by seeing how our virtual meets think the races will play out. We start with the smallest classification 1A who will compete in the 5th (9:10 a.m.) and 7th (10 a.m.) races of the morning. 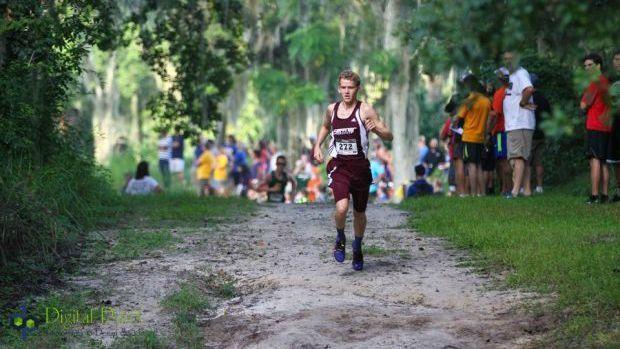 I'd usually start out with the girls preview, after all ladies first. However, the story of the 1A meet to me is will Seffner Christian senior Noah Perkins run. We learned that one of the 2A boys favorites Trevor Foley will be sidelined, but will Perkins the clear favorite in 1A and fourth place finisher from the 2014 Cross Country Finals be joining him? 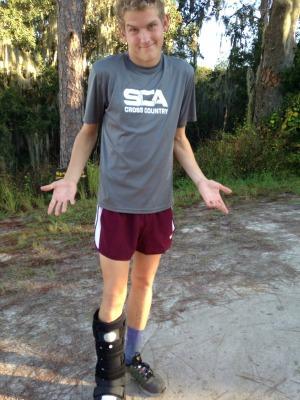 At the 1A Region 2 Championship, he was in attendance, lined up at the finish line, took a couple of steps and DNF'ed. Because his SCA team qualified and he started the race he is eligible to medal at state. Rocking a boot and a stress reaction in his right foot. Coach Andy Holmes gives us more detail on the situation.

"Nothing was hurting with Noah all year and he came back from an easy run last Monday and said the top of his foot was hurting. I was told on Wednesday of last week it was a stress reaction. We are waiting on MRI results, which was done yesterday. I am cautiously optimistic. Noah has the most positive outlook you could imagine given the circumstances. I have been the one that has been an emotional wreck."

Perkins season best is 36 seconds better than nearest competitor Chase Hyland of the Pine School. So not to diminish the rest of the field, but even at 75% he still has a chance at capping off his senior season with a state title. Holmes says it is definitely a stress reaction in his foot, but the pain has gone down, and the decision to run will come down to Noah and his parents which could be as late as Saturday morning. There is no doubt he wants to run and if he can and feels good enough he'll be a threat.

If he doesn't run Shorecrest Prep senior Luke Peterson and Pine School junior Chase Hyland are the top two to take over. Hyland ran a new personal best of 15:56.00 to win 1A Region 3 while Peterson was the 1A Region 2 Champion and has been consistently in the low 16's all season. Peterson was 12th at last year's Cross Country Finals behind Tucker Hindle of Boca Raton Christian who has been heating up lately including district and regional victories. Others in the mix include Drew De Armas, Josh Skielnik, Guilherme Pereira, Gabriel Curtis, and Jackson Neri. 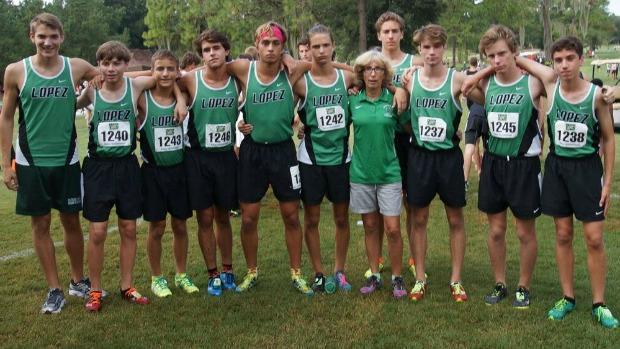 The Maclay boys are "taking one for the team". In sports, where everyone wants individual accolades the top five runners for the Marauders sat out the district championship meaning they were ineligible for honors November in 7th in Tallahassee. Senior George Gwynn told me the decision to let the back end of the roster have one last chance to prove their themselves and try to make the final state team was a decision they don't regret and feel will be well worth it.

"We (top four) think that we, as individuals can realistically make it into the top 10, but we would much rather have the best state team possible to try to ensure a state title as much as we can. Our program has not won a title in over ten years (2002), and although it is a grateful achievement to be considered to win state, we want to be the best team and we will try to be the best team."

The Marauders were runner-up in 2012 and 2013 before finishing fifth last season. Is this the year Coach Droze's squad seals the deal? Like Gwynn said the top four is solid with himself James McClure, Jake Mazziotta, and Clay Milford, but will need to close the gap in the fifth spot. Look for a two team race between them and Father Lopez who is looking for their state title in school history and strength lies in their 1-5 spread of under 40 seconds. 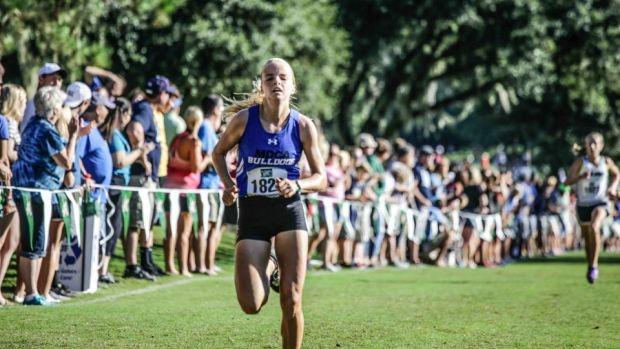 Eight of the top ten and fifteen of the top twenty girls individuals return from the 2014 Cross Country Finals thats an astounding number. Of those fifteen, six are seniors, which means the future of this class is young and bright. Standing at the top of 1A is Rebecca Clark of Mt. Dora Bible. Clark was second behind Sarah Candiano last year and is the only one in the field to have run under 18 minutes and she did that on Halloween, a scary thought running 17:55.00 and beating Holy Trinity's Shelby Smith (3rd last year) by 32 seconds! Comparing the two athletes, Clark has had her number for a majority of the season. If anyone should give Clark a run for her money, it's Calvary Christian senior Hannah Brookover. The two have faced off three times this season. At the UF Mt. Dew Invitational, it was Clark by five seconds, but Brookover won the best out of three by five seconds at the flrunners.com Invitational, and then 15 seconds the following week at Pre-State. Brookover likes to keep things close to the vest, regarding training and workouts, but she's been consistent and will be up there with Clark after winning 1A Region 2 fairly easily. Others to watch include Grace Blair of Oak Hall, Community School of Naples senior Lindsay Tomaini, and Olivia Rovin of Shorecrest Prep. 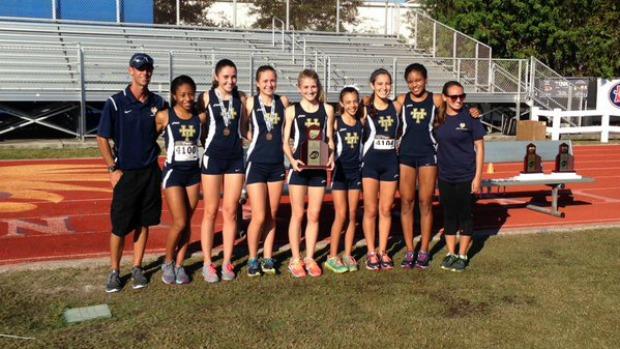 Holy Trinity head coach Scott Baker had tough shoes to fill in his first year at the helm for the Tigers. He was replacing the winningest coach in state history in Doug Butler who tallied 16 total state titles in cross country (8 girls and 8 boys) while with the team. The girls are on pace for number nine this season with senior sisters Shelby and Sydney Smith and junior Samantha Folio. They have a team average of 19:29.42 and as much experience as any team in the field. If the Tigers slip up Circle Christian has been a surprise team that have been hot of late finishing only 17 points behind HT at 1A Region 3. Maclay and Oak Hall who have rich traditions and some of the best coaches in the state shouldn't be overlook or should The First Academy who was third at regionals behind HT and Circle Christian.

Relive all the coverage from the 2014 Cross Country Finals