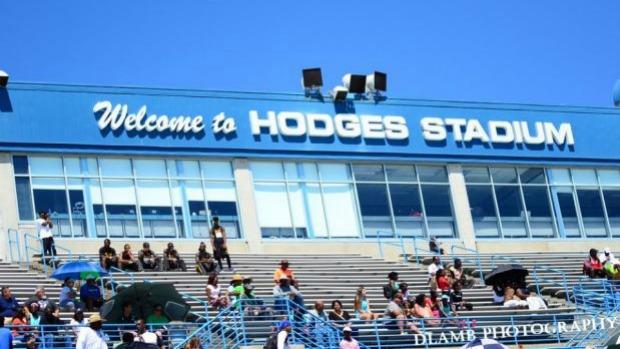 The Estero girls got the meet kicked off in fashion, downing top seeded Miami Northwestern in a hard-fought battle in the girls 4x800m relay. Anchor leg and USF-committ Megan Slater fought off a late challenge by Northwestern to win the event in 9:15.16, a new personal best and new school record. 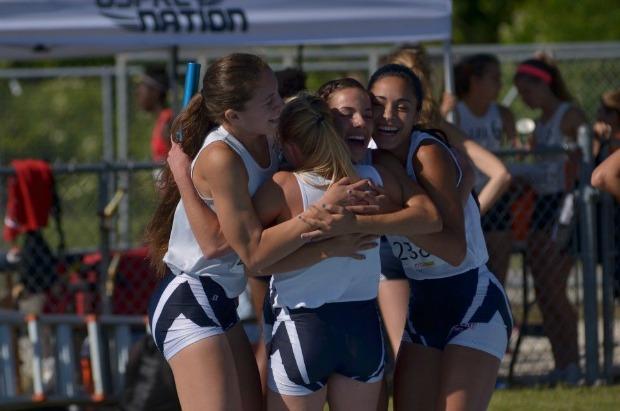 Tragedy struck the Estero squad during the opening 4x800m race as coach Jeff Sommer suffered a cardiac episode and was taken to a local hospital where he later died.

"We, on the boys 4x800m team we watched the girls win their state championship, then the boys went and all of a sudden I noticed coach (Sommers) wasn't yelling for us. Usually he's the only person we can hear," Dillon Vallette said.

The team battle in 3A on the boys side came down to Tallahassee schools Chiles and Leon. It was a battle mirrored in the 1600m that pitted distance dynamo Sukhi Khosla against Chiles' Avery Bartlett. Khosla, the defending 1600m and 3200m champion, moved into the lead after two laps. Bartlett put the challenge on during the last turn of the final lap and Khosla refused to yield. It turned into a flat out sprint for the finish line and a near photo finish. Bartlett would be the one to unseat Khosla in 4:12.76 with Khosla marked at 4:12.85. 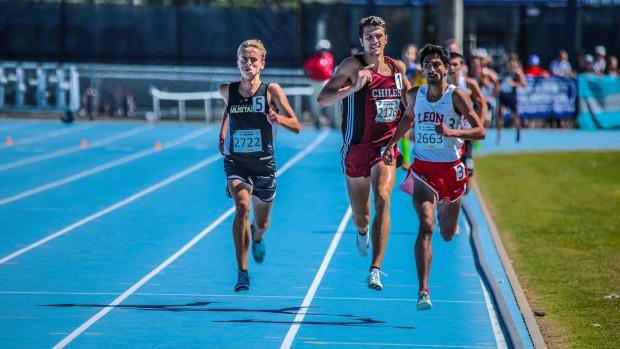 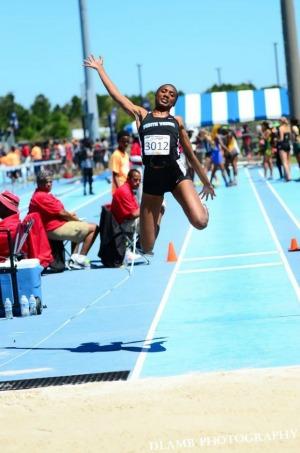 The biggest stat line of the day was Ponte Vedra's Nicole Greene jumping into the stratosphere and over the St. John's River. Green jumped a 20-5 in the girls long jump to crush the field by more than a foot and set down the second-best jump in the nation this year.

"It (the 20-5) was my first jump of the day and I actually had just changed my approach from seven to eight steps," Green said. "It's been a good day."

Greene's incredible day continued as she won the triple jump at 40-2.25. Then Greene's signature event, the high jump came around. Greene did not meet her personal record or even season best but cleared 5-10 to make it a clean sweep of the jumps.

Sweeping events in 3A was none other than Miami powerhouse Northwestern. The Northwestern girls made it 12 team championships and seventh in a row as they racked up 155 points, more than five times the point total of Lakewood Ranch with 30.50. It was fitting that they ended the day winning the 4x400m relay in 3:43.48. They won the 4x100m relay, too in 45.61 and that set down the state meet record of 45.71 set by Boyd Anderson in 2012. Then the Northwestern girls broke up and scored in their individual events. 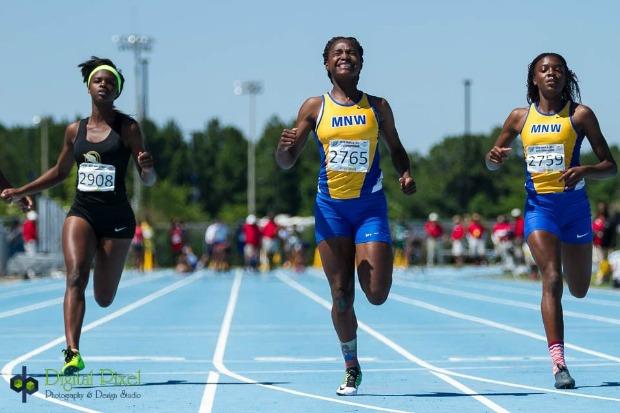 After Saturday, no one besides Hillsborough's Dwayne Lawson and former Hillsborough Terrier Jeremiah Green has won the 3A triple jump in the past four years. Green, now at Alabama, won it in 2012 and 2013. Lawson won it last year but a hamstring injury kept his marks down and he barely qualified for states with the fourth spot at regionals only to rebound and go 49-1 to win it.

"It has been great to be a part of it, competing with these guys," Lawson said. 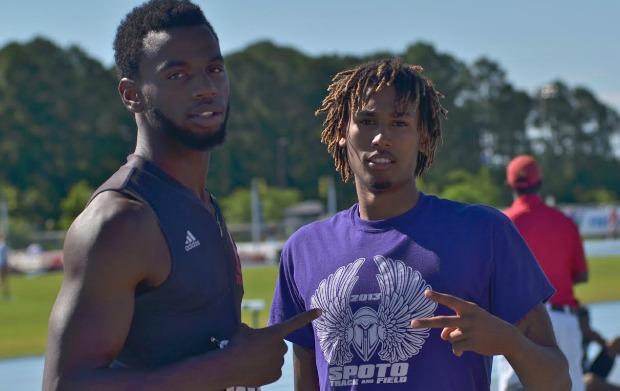 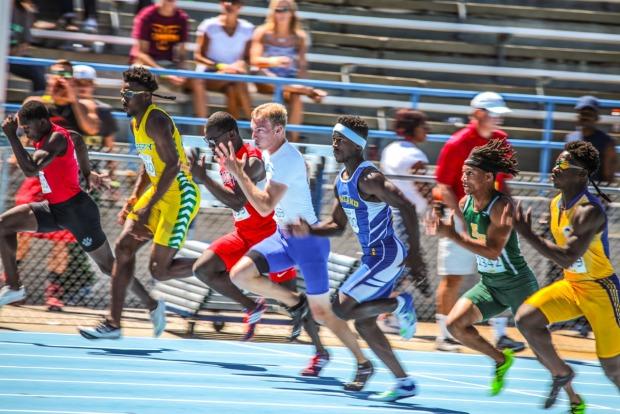 Osceola's Jennifer Kistemaker found redemption in her final trip to the state meet. Kistemaker battled to a runner-up finish in 2014 with a torn ACL. Kistemaker cleared her personal best 12-2 at the regional meet and clear 11-6 to win that elusive state title.

"We've had a lot of state champions but this one is special because of all the hard work she put in just to be here," Mason said. 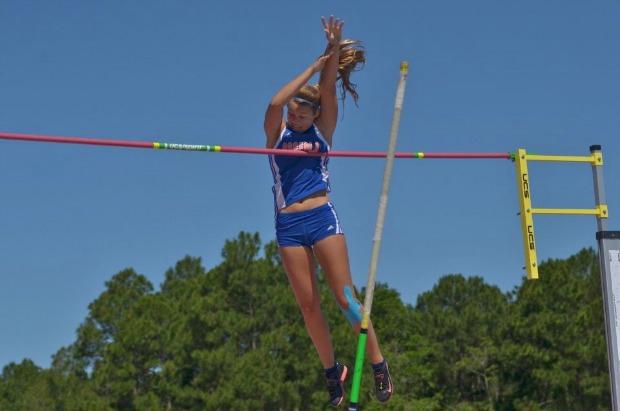 Gaither's Samson Moore was the favorite to win the 300m hurdles in 2014 before kicking the last hurdle and fading to sixth place. 2015 was a different story as Moore got off to a rough preliminary qualifying heat but race a smooth and flawless final to win it in 36.53, just 0.52 off the meet record.

"It feels like a huge weight is off my shoulders," Moore said. 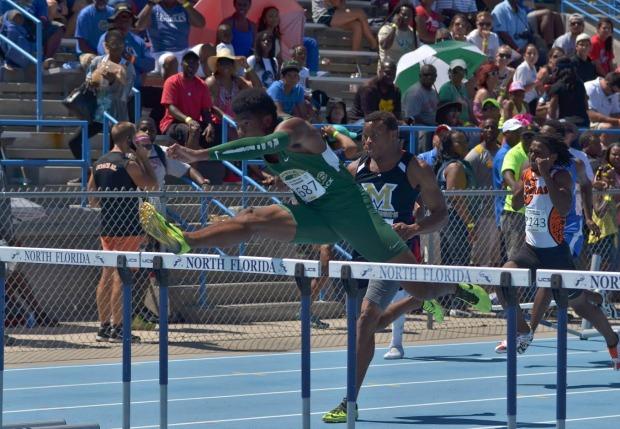