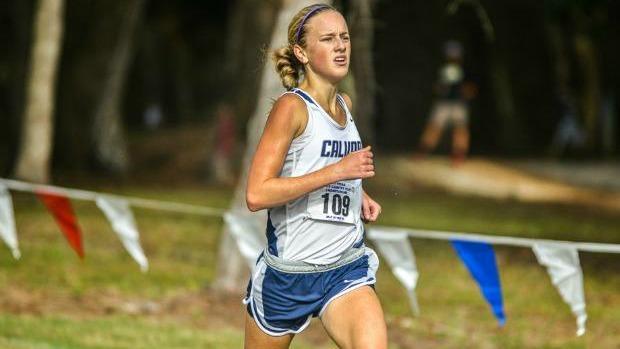 The race for girls cross country athlete of the year was a close battle between 1A state champion Hannah Brookover of Calvary Christian and 4A state champion Bailey Hertenstein of Riverview. Brookover nabbed 53.05% or 2,944 of 5,549 votes to win the fan vote. 2014 4A state champion and two-time NXN finalist Rafaella Gibbons of Winter Park was third, while 2A champion Alyssa Pujals and 3A champion Brittany Gill rounded out the top five. Brookover had this to say when she found out she had won.

"It's exciting and an honor to be nominated. I definitely wasn't expecting it. I'm thankful for the recognition and to everyone who voted, However, all the girls on the list deserve to be recognized for their accomplishments this season. Everyone has worked really hard and there were many incredible performances throughout the year from all the athletes. I'm thankful for the season and particularly my coach, my family and my friends. I'm looking forward to an exciting 2016 track season and running for UF in the Fall." 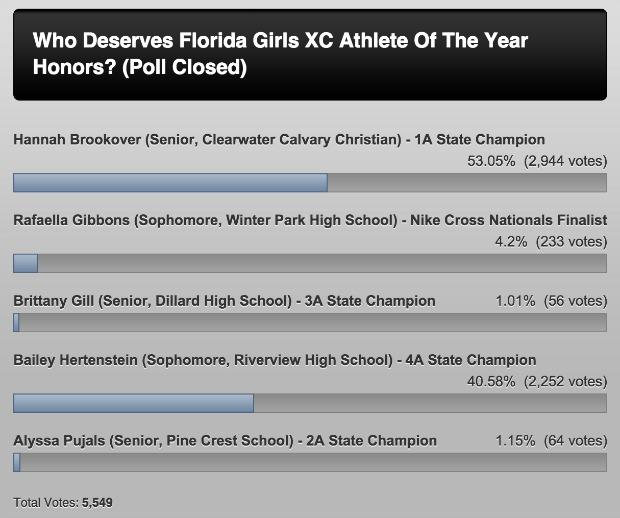 Brookover had two top ten showings at the Cross Country Finals heading into 2015, but she may have saved her best for her senior season. Brookover placed sixth or better in her first four meets and then rattled off four straight wins ending with the 1A Cross Country Finals championship. Brookover was 15th at the Nike Southeast Regional in 18:14.60, the second best time of her career behind her 18:13.00 and 6th place showing at Pre-State.