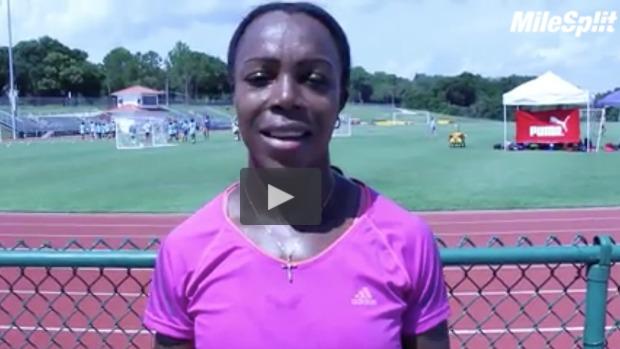 Central Florida serves as a training ground for dozens of elite track and field athletes, many who will be competing over the next two weeks in Rio at the Olympic Games. Our Zack Bias made a trip to Montverde to chat with seven-time Olympic medalist Veronica Campbell-Brown of Jamaica who is competing in her fifth Olympic Games, as well as members of the Pure Athletics Group. after their final workouts in the U.S. Pure Athletic athletes include Shaunae Miller, a favorite to medal in the 400 meters, Trinidad & Tobago's Kelly-Ann Baptiste, Alonzo Edwards who was the flag-bearer for Panama in the opening ceremony, and former Florida high school standout and University of Florida alumni Tony McQuay.