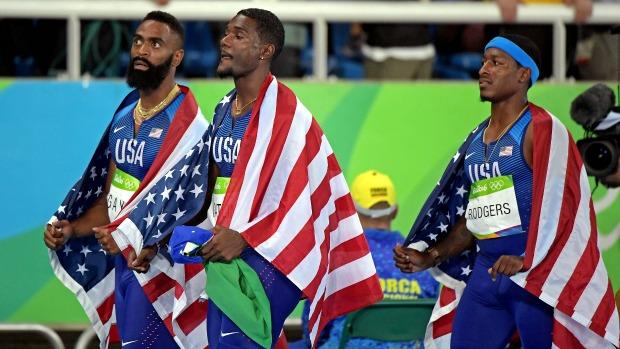 As Usain Bolt continued his historic gold medal streak by anchoring the Jamaican 4x100m team the United States finished in a disappointing third place behind Jamaica and Japan. To add to the disappointment a relay zone violation disqualified the US, stripping the men of their bronze medal. The violation occurred on the handoff between Mike Rodgers and Justin Gatlin. Gatlin, who attended Woodham high school and had already received a silver medal in the 100m, thought the handoff felt good during the exchange.

"For me it felt good. I wasn't necessarily looking where the exchange was in the exchange zone. I was doing the proper steps getting out. Looking back at the tape, it looked like it was a great energy flow. He came in, handed the stick off, I felt like he didn't bunch up on me. I ran out the zone and had to do what I had to do."

Third leg Tyson Gay, a previous teammate of women's medalist Tori Bowie at Adidas Pure Athletics Group in Clermont, is hoping to get the DQ appealed.

Another member of the relay from Florida, Trayvon Bromell, made headlines in a different way by anchoring the US men while fighting through an Achilles injury. While these Olympics might not have gone exactly how he wanted, he says he is ready to get healthy and show the track and field community what we all know: that he is part of the bright future of US sprinting.

"I'm good. When I get back I'm going to get this surgery and hopefully show everybody what I can do." 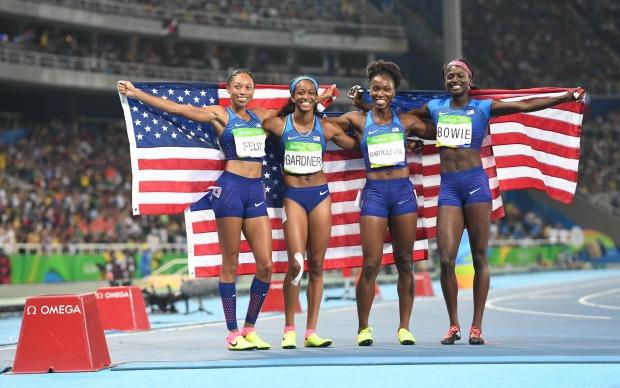 The US women's 4x100 had their fair share of issues in the relay as well. After having the baton knocked out in the semis the women managed to succeed in their re-run to get them into the finals. These difficulties put the women in a less than ideal situation, forcing them to run out of lane one in the finals. This did not stop the US from running away with the gold medal in a time of 41.01. Tianna Bartoletta, who resides in Tampa and used to train in Bradenton, had some words on being the lead leg out of lane one.

"Lane 1 is not exactly an easy lane to run in. For me, it was definitely all business. I had a big job to set the tone for the rest of the relay. To run in lane 1 the way we did, it was a serious matter. We had fun but it was a serious ordeal."

Tori Bowie had already had an impressive Olympics with a silver medal in the 100m and a bronze in the 200m. The young sprinter was thrilled to cap off this Olympic run with a gold medal.

"This gold medal means the world to me. This is one of the moments I'll never forget. This is my first gold medal at the Olympics and I feel like my teammates made this moment extremely easy for me. Everyone is so talented and motivated, so my job was easy."