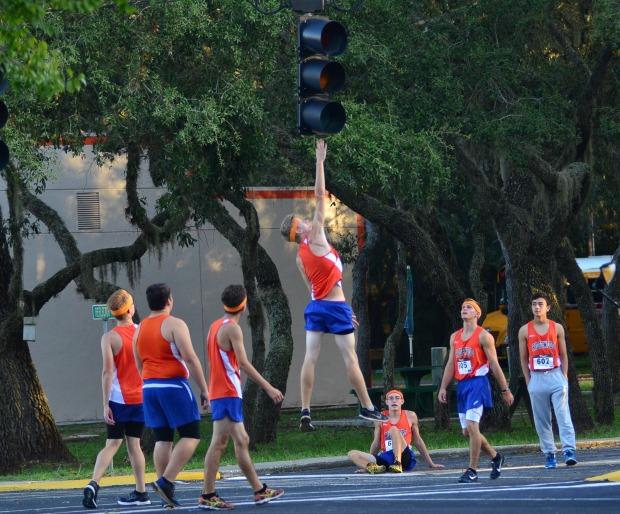 With a slew of meets going down all across the state, Pasco and Hernando County teams gathered at the Concourse Pavilion at the Pasco County Sheriff Department's Safety Town in Spring Hill.

The course played coy with spectators as much of the back trails wound in areas out of sight. In plain sight was the wacky Safety Town, a mock town square with miniature buildings and street signs. Runners hit grass, dirt, then pavement as they looped through Safety Town and vanished into the woods. On the back trails, there was a mix of sand, grass, mud and water. Mitchell coach Alan Parmenter said he ran the course with his squad on Monday and that water and mud were knee-high. Runners on Saturday all acquired the notorious mud splatter stripe up the backs of their legs and the middle of their backs, up to the collar of their shirts. 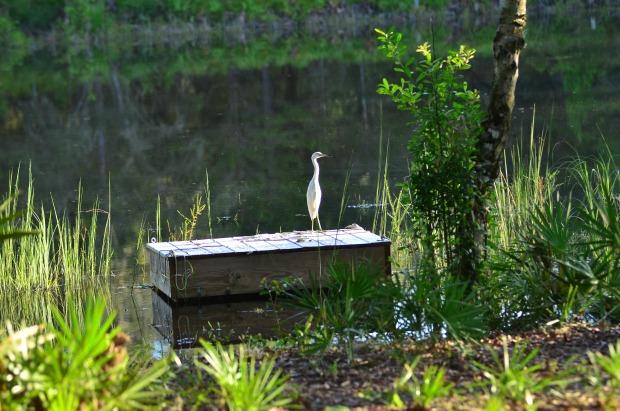 The girls race went off first and as was expected, Land O' Lakes' Natalie Abernathy and Sunlake's Jamila Cardwell pushed the opening mile. Athletes vanished until almost the two-mile mark where they circled back through Safety Town again. By then Abernathy had opened up a formidable lead on the field and sophomore teammate Estefania Acosta had moved into a comfortable second place. Abernathy was just under 13 minutes nearing the two mile mark and the group vanished again for the final back woods loop coming into the final stretch. 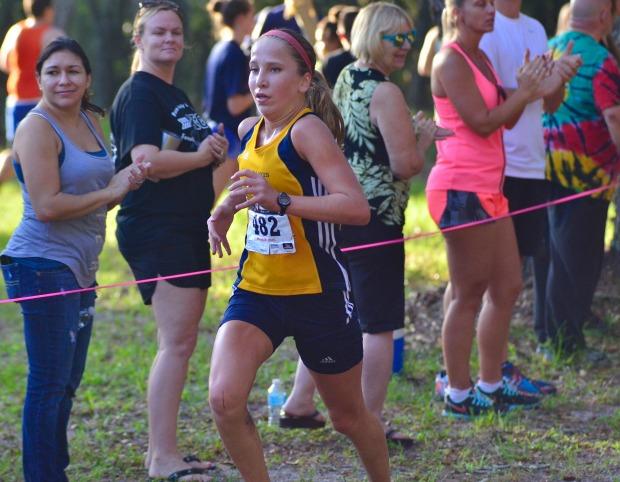 Into the home stretch, Abernathy was in control and broke the tape at 20:00 with Acosta closing in behind her at 20:26.10. The Gator duo were the only two runners under 21 minutes on a slow, soggy course. Cardwell took third in 21:38.30 and Nature Coast Tech's Leah Marville took fourth in 21:43.10.

'This was my first time on this course and it was a slower course, there were some places where the water was half-way up my shins," Abernathy said. "It was hard to run on my own but in the end I'm happy with the win."

Abernathy was almost unrecognizable on Saturday as she grew four inches over the summer. Storming onto the scene was Acosta. Acosta was competing in just the second varsity race of her career and got a good dose of mixed surfaces and stiff competition.

"This summer, I did two recreational races and Wesley Chapel was my first meet for my school," Acosta said. "There was a good ratio of surfaces and with the little town, it kept things interesting; lot of turns as well." 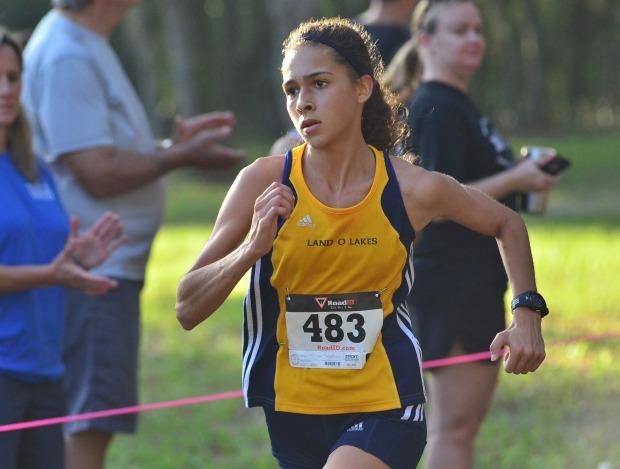 The boys pushed off next. Hernando's Trevor Foley was not going to leave anything to chance as he surged out in front in the first few hundred meters. Foley opened up and controlled the race the rest of the way. Coming in near the two-mile mark, Foley was out of reach but a battle began for second. Land O' Lakes' Alex Normandia, champion at the Wesley Chapel meet, led Gulf's John Jessup. Chapel's Dominic Moreno was pulling into fourth as the runners crossed into the final mile. 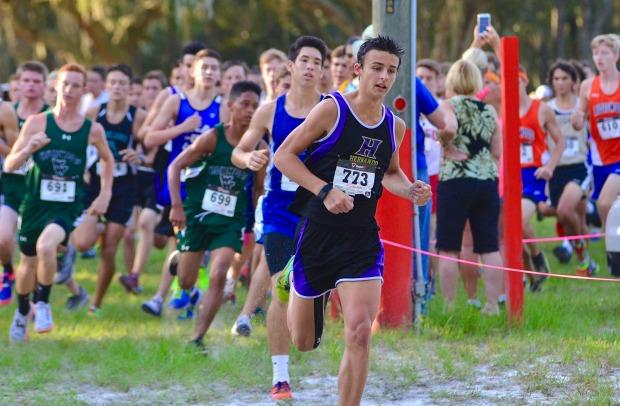 "In that third mile, I heard my coach say, 'Come on, do what you trained for.'" Jessup said. "I surged past him (Normandia) but he tried to get back so I just sprinted it out as fast as I could."

Jessup did not defend his RiverWood title but he torpedoed his time from last year, a 17:41. Jessup even set a new PR, breaking his 16:55 from last season. On a slow, winding, wet course, Jessup had to be proud of his effort Saturday morning. 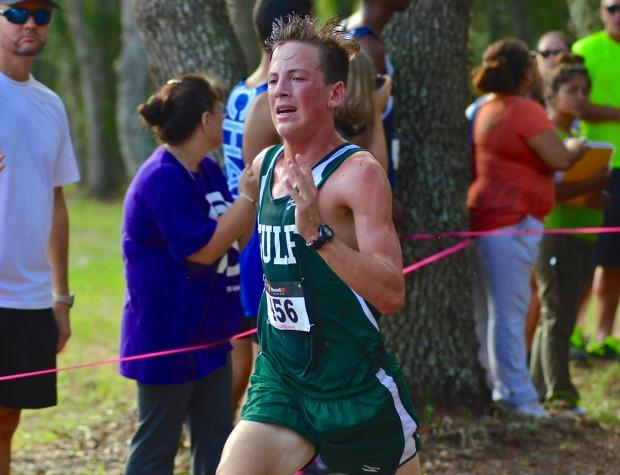 There were some tough choices for runners to make with the mix of surfaces. Foley went with spikes but didn't screw the spikes in. Normandia went with the spikes in and could be heard scratching down the asphalt areas, possibly slowing him down there or at the very least, grinding his spikes down to nubs.