The 20th Annual Land O' Lakes Gator Invitational, recently renamed the Keppel Invite after late Gator coach Kris Keppel went off on Saturday at Crews Lake Park in Spring Hill. The course was a familiar one for many teams, starting down a grass straightaway before hitting pavement, then circling clockwise around the open starting area. Nearing the one-mile mark, runners emerge from the woods near a kickball backstop before making another small loop, crossing pavement and sand and brushing the open starting area before heading out for the second loop. To finish, runners complete the small loop but head down a decent grade over grass to finish. 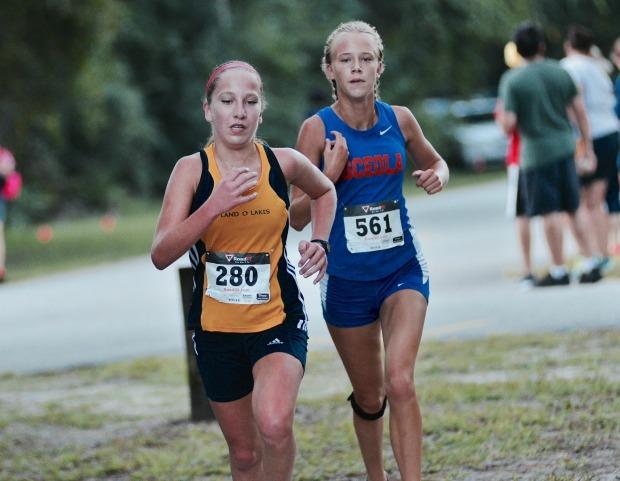 The girls got the surprisingly cool morning off to a start. As runners emerged nearing the one-mile mark, last year's runner up Natalie Abernathy held a slight edge on Osceola freshman Taylor Stone. The two tangled last week at North Port and again through the small loop, at nearly the 1.5 mile mark, it was Abernathy and Stone. As runners emerged near the backstop the second time, nearing 2.5 miles, Abernathy put 10 seconds between her and Stone. 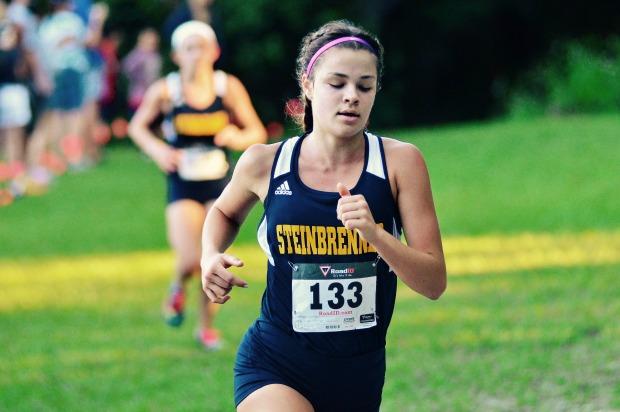 Abernathy destroyed her time from last year's meet on the same course by more than 36 seconds.

"This is my home course, I really wanted to represent my team today," Abernathy said.

Abernathy's nemesis last week at North Porth was her closest competition on Saturday as Osceola's Stone, in her first time on the course at Crews Lake, had a big showing, leading the Warrior girls to a third-place team finish. Stone set her high school PR at North Port last week, a 19:07 with Abernathy setting her PR there too, an 18:55. Acosta broke 20 minutes at North Port for the first time in her career and followed it up with another sub-20 on Saturday. 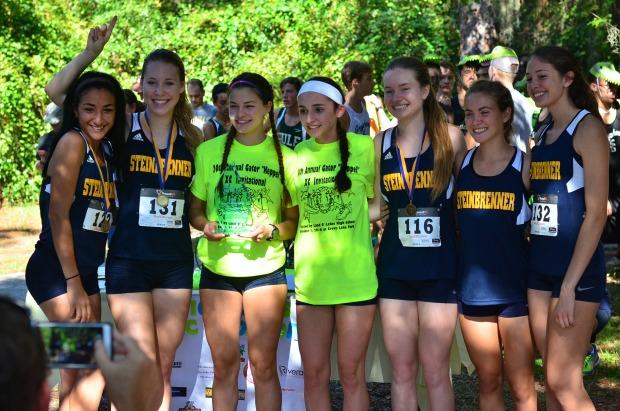 Still, not even the might of the very deep Osceola of Pinellas County and 37-member Newsome team could stop the Steinbrenner steamroller. The Steinbrenner girls improved their season mark to 5-0 including wins at the Seffner Invite and the UF Mt. Dew Invite. The Warriors keep finding ways to get it done. Saturday, they ran without freshman Lydia Friedman and sophomore Alexandra Strauman and did not miss a beat. Santiesteban who led the Warriors to the team win at Wesley Chapel, led on Saturday but with a big boost from Perri. The Steinbrenner girls scored a 51 to stop Newsome (61), team runners up at North Port. 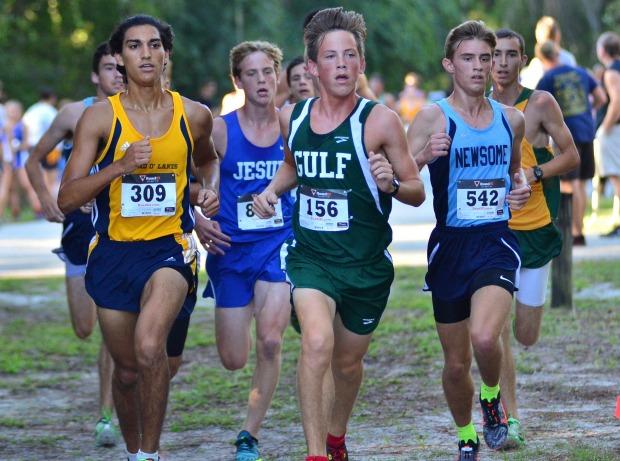 On the boys side, the race was much more strategic. A pack of six to eight runners held all the way through the first trip past the backstop, near the one-mile mark. Leading the pack was 2015 champ Mackenzie Woods of Lecanto and 2015 runner up Alex Normandia of Land O' Lakes. Mixed in the lead group was Gulf's John Jessup, Newsome's Triston Vaira and Jesuit's John Robbins. 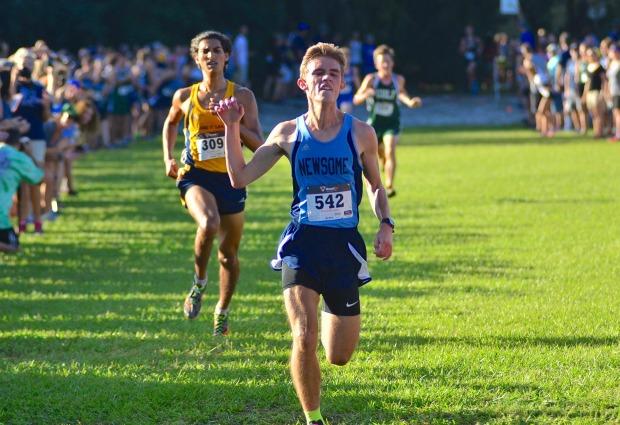 Coming back and skirting along the starting area, the pack held with Jessup moving in front. Coming around by the backstop again, nearing the 2.5-mile mark, it was Normandia, Jessup and Vaira all within a stride or two of each other. Around for the small loop and in for the finish, Normandia moved in front but an all-out leg race with Vaira sent Vaira across the line at 16:44.20 and Normandia across at 16:44.70. Jessup would not be far behind in third at 16:48.10. Robbins grabbed fourth at 16:51.60.

Normandia failed in his bid to step into first place in 2016 but he shattered his 17:24 from last year's meet.

"I'm really happy with that time (16:44), I've been training hard all season," Normandia said. "It was nice to have some tough competition in that race."

Vaira took it in a sprint and helped his team wallop the competition on hand. 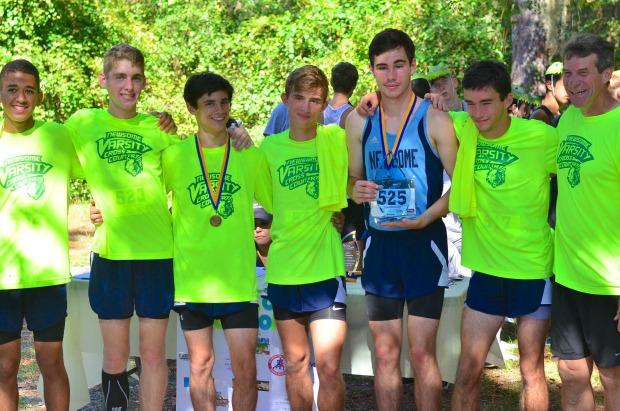