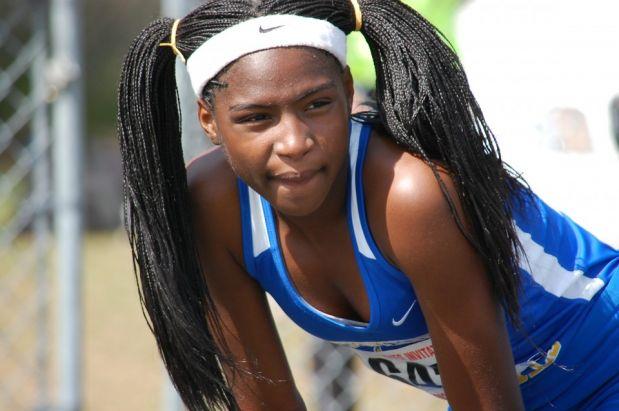 Twanisha Terry thanks her father every day for the sacrifices he's made to keep her in the sport of track and field.

The Miami Northwestern (FL) High School senior, a University of Southern California signee and four-time Florida High School Athletic Association champion in the 100m and 200m, wasn't always so thrilled to be running.

"He taught her that she had to be committed to whatever she's committed to," Jackson said. "He wanted her to be the best in whatever she excelled in. Sometimes a kid starts something and doesn't finish it. He never let her quit."

And now, Terry is gearing up for another outdoor track and field season for Miami Northwestern, the eight-time Class 3A champions who are going for their ninth straight title this season.

"It's something that's instilled in me," Terry said of her dedication. "At home with my father, he tells me to lead by my actions. When I come to the track, I take that quality with me and take it to another level." 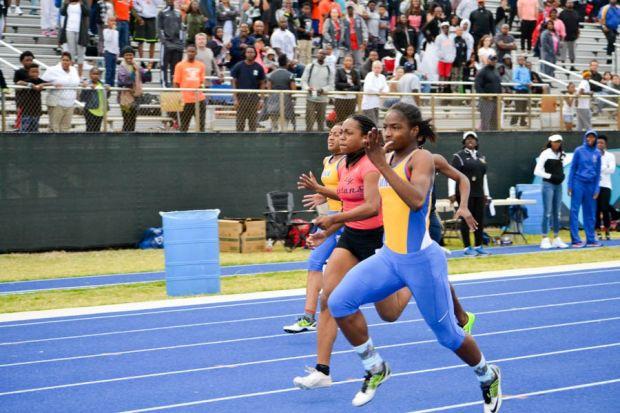 Leadership certainly is important for a team like Miami Northwestern, which has a winning culture to live up to each season.

And yet Terry, who's the oldest of four siblings, doesn't see it that way. Not exactly, at least.

"I don't think it's about maintaining a championship mindset," she said. "My definition of leadership is doing what you're expected to do, even when no one is watching. You don't know who's looking at you, so no matter where you are, be the best you can be."

Terry has built a reputation all on her own. Starting from the age of 9, the sprinter began her career running in youth meets and continued through middle school, featuring in USATF and AAU events.

By her freshman year, Terry entered Miami Northwestern as a proven athlete, running a 200m effort of 24.03 seconds and winning a New Balance Nationals Outdoor championship in the 100m, where she ran a time of 11.89 seconds.

By her junior year, Terry had matured into a role model for younger athletes in the Miami area and a leader to the rest of her teammates on Miami Northwestern.

"What's most important is we motivate one another," she said. "One of us may lose or not do good, but we have to uplift and we can't talk down to each other. The vets, they keep the freshmen in line and tell them what's accepted and what's not."

Jackson, the Lady Bulls' girls head coach since 1998, has seen the type of influence Terry has had on her younger teammates. She believes that mentorship is hard to teach.

"She's unique," said Jackson, who has won a total of 13 state championships with the Lady Bulls. "You don't get many Twanisha Terrys. When I say that, I mean she's the total package. Motivator. She's a great worker. She's a team player. She's a people person. And the team looks up to her. She has charisma, and she's a person that's easy to love."

As a coach, Jackson is soaking up that veteran experience as much as she can this year. Because, as she puts it, she's going to miss it. 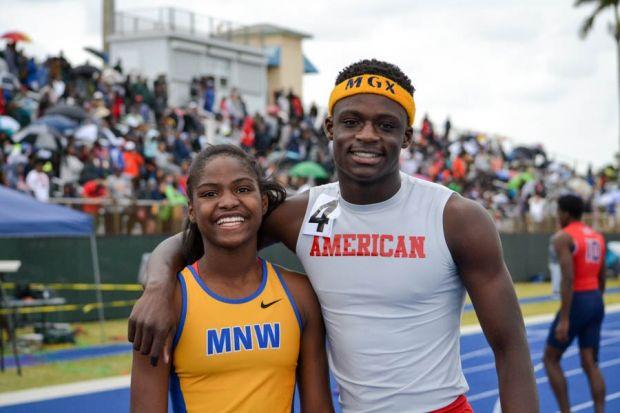 "In society today, it's important and I'm blessed to have someone who's dedicated like her," Jackson said. "She's doing it every day, day in and day out. It's who she is. That's why her teammates will follow her."

Terry, who tries to emulate her idol Carmelita Jeter, one of America's fastest women and a gold medal-winning Olympian, is also determined to meet the goals she's set for herself. Miami Northwestern has produced two Olympians in Brianna Rollins and Tiffany Ross-Williams.

Jackson says Terry most reminds her of Ross-Williams.

And while Terry has consistently dropped below 24 seconds in the 200m since her junior year, the senior is hoping to go 23.1 by the time her career ends. She's also hoping for a huge drop in the 100m dash.

To get there, Jackson is trying something new this year. She hopes that by placing Terry in the 4x400m -- as the third leg, where she can chase -- she'll force the veteran to improve her cardiovascular engine in a longer sprint, thereby making her stronger for the 200m.

"If you want greater things, you have to do something that will make it great," Jackson said. "We have to push it to get where we want to get in the 200."

Terry is just glad she's here, taking it all in.

"It's a big moment for me to compete well in," she said.

To connect with Milesplit Content Producer Cory Mull, follow him on Twitter @bycorymull. Have a story idea? We're all about those. Email him at cory.mull@flosports.tv. To have access to year-round stats, breaking news, stories and videos, register for Flrunners.com here.