Gulliver Prep freshman Natalie Varela was handed a realization on Saturday at the Sam Burley Hall of Fame Invitational in Miami.

She might be in a class of her own in Class 2A this year -- along with Bolles' Caitlyn Collier, Pine Crest's Tsion Yared and Melbourne Central's Amanda Beach.

The former championship middle-schooler mid-distance runner, who was second in both the 1600m and 3200m last year at the FHSAA Championships as an eighth-grader, ran a US #18 10:59.67 in the 3200m at Sam Burley largely without the advantage of a challenger -- at least until the bitter end by Class 4A Spanish River freshman Rylee Pustilnik, who finished second.

Varela is now the second-best 3200m in the state.

"I just tried to go out at a steady pace and then the last two just kick in the last lap," Varela said afterward. "I forgot who caught up to me. That helped me push my pace a little bit to break 11 minutes." 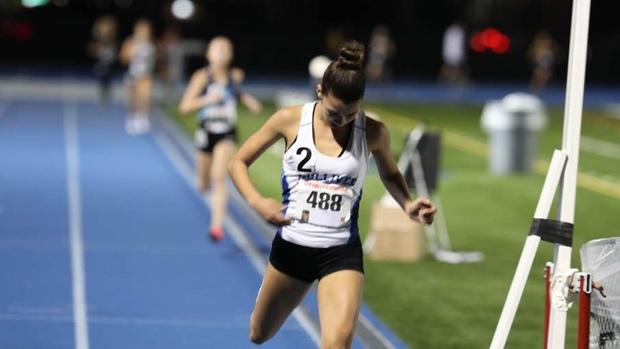 But don't expect to see Varela, who finished fourth in the state during cross country, in the 3200m again until very late in the season.

She said afterward the performance would likely be her only one until regions.

"I will be running the mile later on and for sure states," she said.