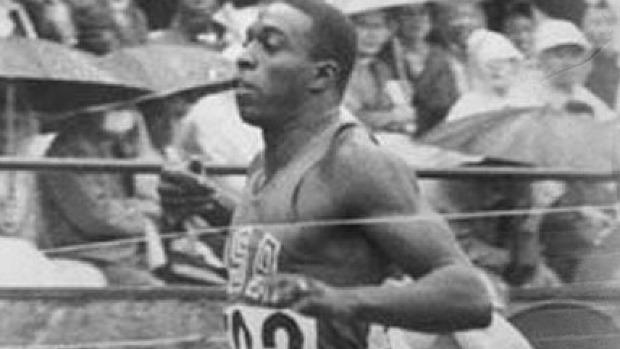 The Bob Hayes Invitational Track Meet takes place annually in the third week of March, at the Earl Kitching Track, Raines High School in Jacksonville, FL. This meet is the largest one day, outdoor high school meet in America and one of the most prestigious in the South, not only for the athletes that are drawn to it for the incredible competition, but for the history of its namesake and record of support of local youth athletics, as demonstrated by the Middle School Invitational and developmental clinic on the Friday preceding the High School meet.

"Bullet" Bob Hayes was born on December 20, 1942 in Jacksonville, FL, having attended Matthew W. Gilbert HS, and then matriculating to Florida A&M University, where, as a Rattler, he earned his nickname "Bullet", a direct result of his domination of the 60, 70, and 100 yard sprints. By 1963, he set a world record of 9.1 seconds in the 100 yard dash at an AAU meet in St. Louis. At the 1964 Tokyo Olympics, Bob became regarded as the "World's Fastest Human", as he tied the world record of 10.0 in the 100m from the slowest lane, and along with his amazing recovery of over 4 meters from behind in his anchor leg of the 4x100m relay, garnering him two gold medals, sealing his place in history.

When Hayes returned to the States on his way home to Jacksonville, he received a phone call from one of his father's friends and legendary Jacksonville high school track coach, Nat Washington, who extended the congratulations of the City of Jacksonville, all the Jacksonville coaches and friends of Bob. Washington asked Bob for his permission to sponsor and name a track meet in his honor for his world accomplishment in track. That permission was granted and history was made.

The sponsoring school, Douglas Anderson High School, under the director of Nat Washington, along with the Principal, Chester R. Cowart, put together the first Bob Hayes Meet in 1964. A committee was formed to assist with operating and conducting of the track meet. Serving on the original committee were Earl S. Kitching (then head coach of Matthew W. Gilbert), Jimmie Johnson (then Coach at Northwestern High School), Willie Richardson (then Athletic Director of Northwestern High School), Edwin Lawson (then Athletic Director of James Weldon Johnson High School), Bobby Grover, and Oliver Walker. Assistance was also provided by the City of Jacksonville Recreation Department.

In 1968, Douglas Anderson High School was phased out in the school desegregation plan, leaving the host school without a home base to continue the meet. Nat Washington, originator of the meet, asked Principal Dr. Andrew A. Robinson and Coach James Day of Raines High School, to continue the meet. They agreed to do so and the running site was moved from Northwestern to Raines High under a new meet director, James Day and has continued to be hosted by Raines HS, under Coach Day's direction, to this day.

Bob Hayes retired from track upon his return from the Olympics, and was drafted as a Wide Receiver with the Dallas Cowboys, which was a historic move, as he was one of the few track athletes to transition to professional football at that time. Many saw it as an "experiment" that was expected to fail however, Bob showed that his athleticism exceeded his ability to run. Bob terrorized defenses all over the league, and after 10 years with the Cowboys, where he earned a Super Bowl ring in 1972, and one year with the San Francisco 49ers, Bob retired from football. He is in the Dallas Cowboy Ring of Fame and the NFL Hall of Fame, as the only man to have won Olympic Gold and a Super Bowl. He was overlooked in the 2004 Hall voting, which caused a significant stir amongst the Hall committee, but was finally inducted by Roger Staubach, his Cowboy teammate and QB legend, in 2008.

"Bullet" Bob Hayes passed away on September 18, 2002 from renal failure stemming from prostrate cancer and other complications.

The meet has now endured over 50 years, having celebrated many accomplishments including its 50th anniversary meet in 2014. Another celebration came in 1996, where the meet committee, in conjunction with the State of Florida in commemoration of the 1996 Olympics to be held in Atlanta, GA, held a very special event. The Friday night prior to the Middle School Invitational, along with the Jacksonville Track Club, members of the JTC carried a torch from the birthplace of Bob Hayes on the east side, to Raines Stadium, where Bob Hayes received it in the stadium from the President of the Jacksonville Track Club, John Tensbroeck, just like how he opened the 1964 Olympic games in Tokyo, Japan.

With the torch in his left hand and a bouquet of roses in his right hand, he circled the entire track once and proceeded down the middle of the oval, where he lit a cauldron which stayed lit throughout the meet. Now, during each Olympic year, the meet celebrates and recognizes visiting Olympians, as well as local and state officials and other dignitaries, during an intermission. In addition, scholarships are awarded to local area athletes who are active participants of the meet in their Senior year, achieve academic success, and show involvement in extra-curricular activities and in their community.

The meet has grown to draw over 150 teams from all over the United States, Canada, and the Virgin Islands, with well over 3000 Athletes participating each year. It continues to grow, with the extension of a week long of activities to include the James Day Scholarship Golf Tournament and The Hall of Fame Banquet .If you're in the area of Jacksonville, FL, come see the best and brightest young athletes at the Bob Hayes, you're sure to see something you will remember.