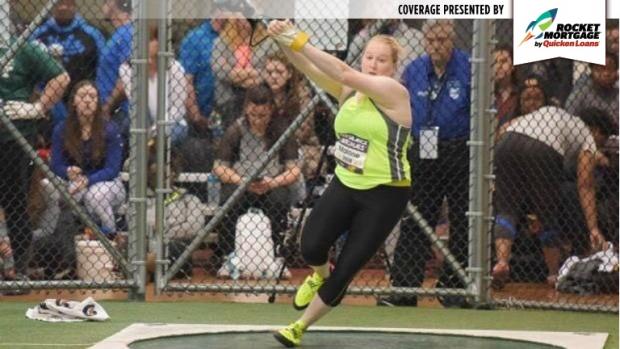 Madison (Madi) Malone may be the top track and field recruit in the state of Florida you've never heard of.

The senior from Archbishop McCarthy High School does not run an 11-second 100m dash, nor does she jump 20 feet in the long jump, but she is considered one of the best hammer and weight throwers in the country. 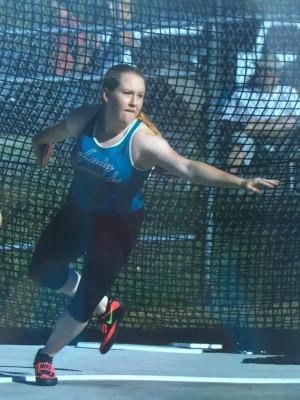 A member of the Broward Elite Athletic Club, Malone didn't start throwing the hammer and the weight throw until last summer when she joined the club. She had been throwing the shotput and discus when Coach James Griffin recruited her to join the BETC.

She instantly picked up the hammer and fell in love with it.

"Well, the hammer and weight are honestly my favorite events," she said. "I got pretty good, pretty fast. The first time I threw hammer, it was as if I hit the sweet spot. I knew it was meant for me."

During that summer she picked the sport up quickly and ended up making the USATF Junior National Championships, where she placed eighth in the country.

"Once I started doing meets and going up 20-feet per meet, I started drawing a little attention to myself," she said. "I think the fact that I just fell in love with it and I'm getting recognized for it keeps me going."

After her success in the hammer throw, she began to work on mastering the indoor weight throw. She threw 53-10 in September at the SSG International Beach Games and then stopped in order to compete for Archbishop McCarthy's girls weightlifting team.

She then picked the weight throw back up just in time to compete at the New Balance Indoor Nationals, where she threw another personal best of 56-5 and finished eighth.

Between balancing her weightlifting team and also throwing the shotput and discus for the Mavericks, Malone is an elite student who will be looking to go to a major university in the fall. She has gone on official visits to the University of Oregon, Dayton, Akron, East Carolina, and recently to Ole Miss. 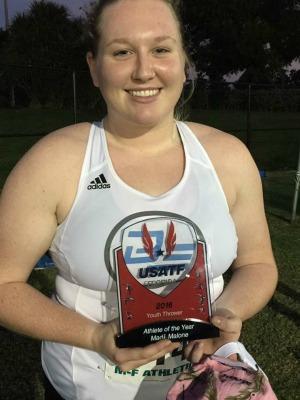 She also is receiving interest from about a half a dozen others. Auburn and William & Mary sweetened the pot with full-ride offers.

So what is she looking for in her ideal school?

"All of the schools I am looking at are good academic schools, so I'm not too picky in that area," she said. "My biggest things are coaching and environment. I really want a coach who I work well with and who can get me to a higher level.

"Also, I really want to surround my self with like-minded athletes. When we all have a common goal, we all work together and push each other to get better. So I'd say those two are the most important," she told us.

As for Malone, she enjoys going against the grain.

Throwing the hammer and weight throw might seem foreign to the Florida High School Athletics Association --since they don't officially score the event.

Which might lead for some to consider Malone a trailblazer.

But she doesn't think that's the case and explains, "Here I am, a Kansas girl throwing weight and hammer in Florida.

"And I'm living out my dream."