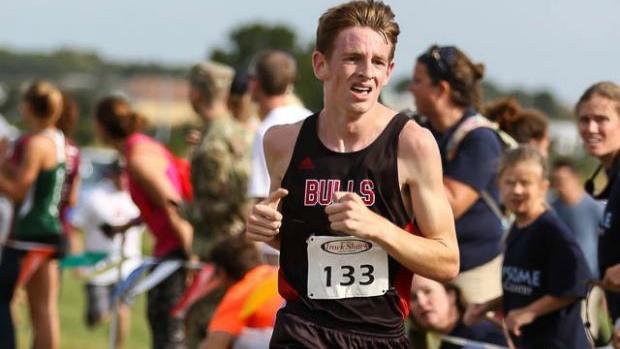 The 2016-2017 school year has provided some great highlights in both cross country and track across the Sunshine State. In the coming weeks many of our seniors will head out to start their college careers both athletically and academically. We wanted to salute them one more time in this special feature and say thank you for your support over the years.
What was your most memorable race/moment?
It was my junior year regional race when my team qualified for states even though we were not seeded to. It was a very proud moment for us all that day.
Who would you consider your biggest competition over your four years?
My biggest competition were the Newsome high school runners. Any time I would get faster they would too and it was always a struggle to beat some of them.
What was your greatest accomplishment?
Making the FACA west all star team. It was such a proud moment knowing I made it. It was a blast too. It was weird having teammates that were not who I normally run with.
If you could do it all over again what would you change about your running career in high school?
I would have started running freshman year instead of my sophomore year and I would have taken it more seriously in the beginning.
What were the most difficult obstacles you had to overcome?
It was trying to balance all the other stuff I do on top of running like drumline, jazz band, rotc, getting good grades, and taking an online class. I never had a moment of free time.
What will you miss the most?
I'm going to miss my team. I've created a real strong bond with my team mates and now were moving away so I may not get a chance to see them again.
What advice you would give to younger athletes?
Have the right attitude. It all starts there. You have to take running seriously but you also have to realize that sometimes, running hurts, both physically and mentally, and that can cause yourself to have a bad race. It's alright if you have a bad race though, it happens to everyone.
What influence has your coach had with respect to your performance and overall life goals?
They have inspired me to continue running in college, something I never would of thought of freshman year. They have pushed me to my limits and made me the runner I am now.

I want to get a degree in psychology and eventually get a doctorate.

I would like to thank my parents, for supporting me through everything I have done. I would not have gotten this far with out them.