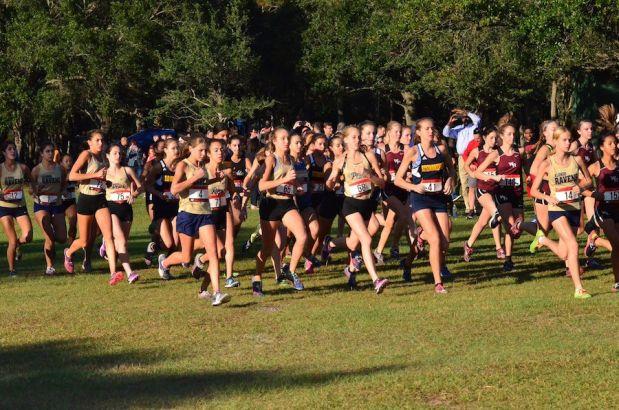 Nearly every runner in Class 4A District 6 had a warmup run at the Hillsborough County championships a little more than a week prior at Al Lopez Park in Tampa. An almost unseasonably cool evening kicked the door open for some fast times and breakout performances. 4A-6 boasts some of the top teams in their respective counties and some of the upper tier teams in the state. The stage was set.

The girls went off first.

Right away a Steinbrenner tandem of Alexandra Straumann and Sarah Magee pushed out in front of the pack. Coming around completing the first lap, near one mile, it was Strauman and Magee 1-2 with Strauman maybe one stride in front. Plant's Grace Summers trailed four seconds back and the rest of the pack trailed Summers by about the same margin. 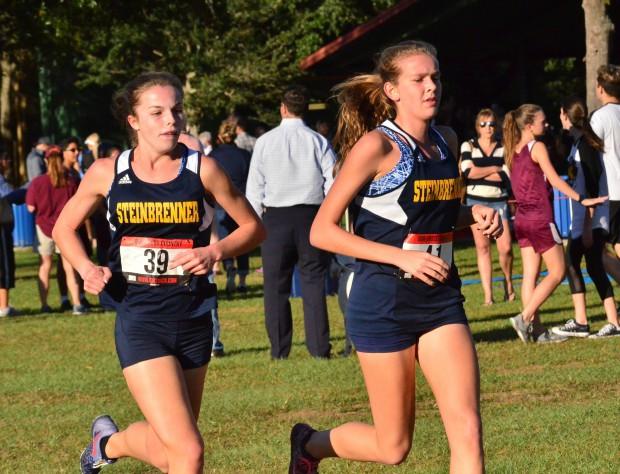 Strauman opened up on the second lap, leaving Magee 12 seconds behind as she clipped the two-mile mark. Summers slipped to seven seconds behind Magee and Summers' teammate Olivia Manno moved up into fourth.

Taking full advantage of the cool weather and even without a rabbit to chase, Strauman kicked it up for the third lap and came down the finish line unopposed for a personal record 18:53.1. 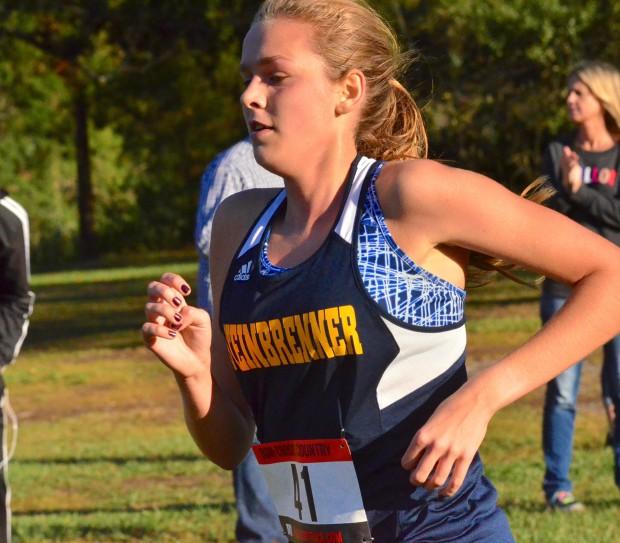 Magee held on for second but back at 19:22.3. The Warriors looked on pace to repeat as team champs but Plant's Summers came in next at 19:28.3 and then Olivia Manno in fourth at 19:43.0. Teammate Alixandra Rubin rolled in sixth at 20:08.0, then the Panthers' sophomore Olivia Roberts turned in a breakout performance, taking 15th in 20:58.0. 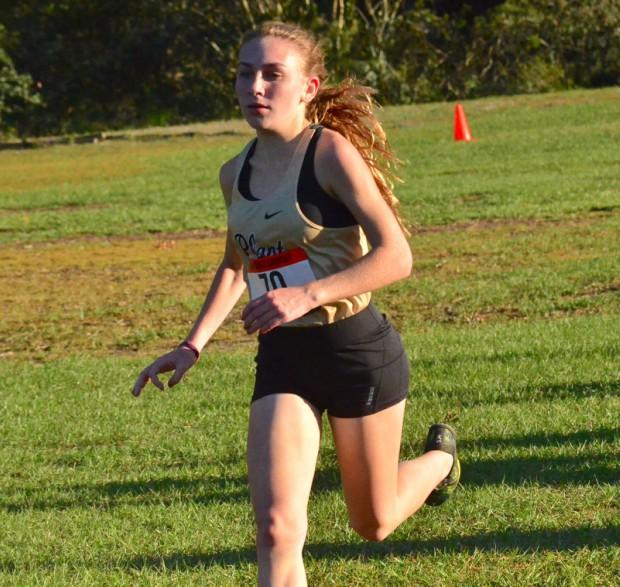 Steinbrenner's Anne Sullivan (13th) and Dana Elkalazani (16th) made it look as if the Warriors might win it but Plant freshman Victoria Cura got the fifth score for the Panthers, taking 17th. It gave them the edge over Steinbrenner 45-51. For 10-time state champion coach Roy Harrison, it marked the upswing to a re-building year after graduating six of his top eight runners from 2016.

"We knew this would be close," Harrison said. "All three teams (Plant 45, Steinbrenner 51, Wharton 56) are very close, it could change next week at regionals."

The Panthers got back in the driver's seat after winning 4A-6 in 2015 but yielding to Steinbrenner last year. Much of it had to do with the breakout performance from Roberts. 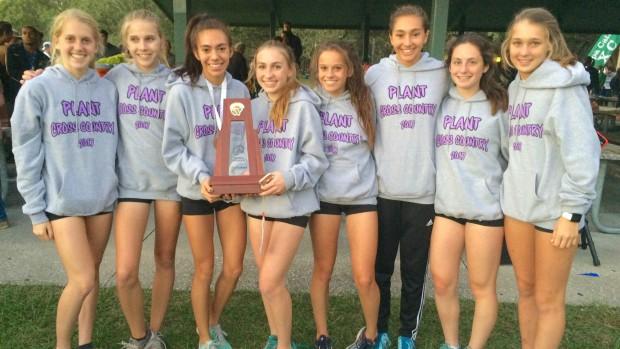 "She (Roberts) was our alternate coming into today," Harrison said. "Originally, I thought only seven girls could run. When I found out you could run eight, five minutes before the race, I told her she'd be running."

Roberts came in as Plant's number eight and finished as their fourth-best time. It was every bit the difference on Wednesday.

The win puts the Panthers and their legendary coach back on track and sets up a promising future for the young group.

"This group is going to be good over the next couple of years," Harrison said. "We only have one senior in our top seven, most of the kids are freshmen and sophomores." 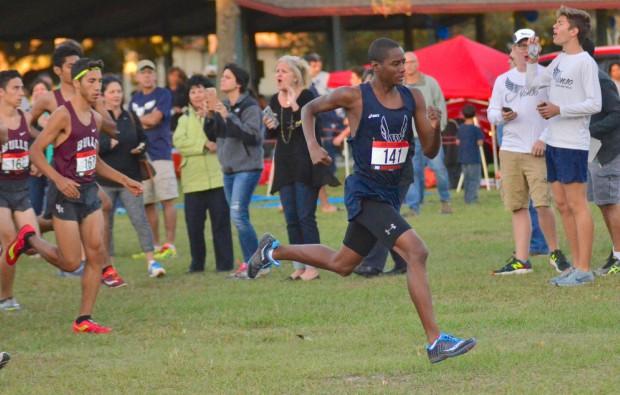 The boys end of 4A-6 is just as tough, just as competitive and boasts one of the top teams in the state in Steinbrenner. Last year's district champion and 2017 Hillsborough County runner up, Nehemiah "Tre" Rivers did not want to leave anything up to chance on Wednesday. Rivers raced out in front of the pack, knowing that a steady and powerful Steinbrener group would be in hot pursuit.

Coming around to complete the first lap, near one mile, Rivers put nine seconds between himself and Steinbrenner lead runner Davis Bly. Bly was 12 seconds ahead of Plant's Walker Thomas. Thomas had Steinbrenner freshman Zach Harrington hanging close behind him. 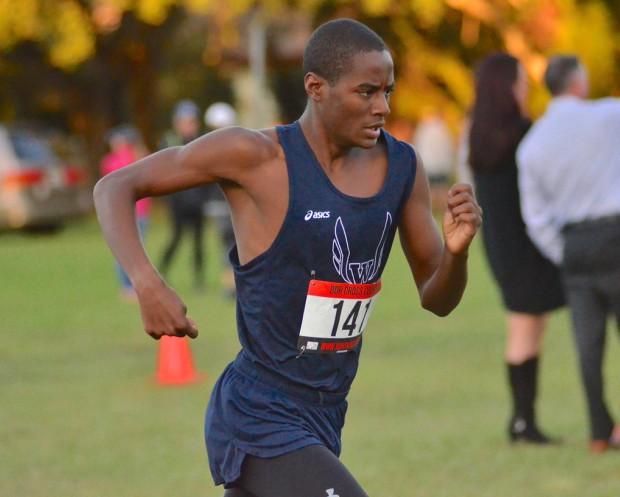 Completing the second lap, at roughly two miles, Davis had whittled two seconds off of Rivers' lead and spread 17 seconds out between him and Thomas. Thomas extended his lead over Harrigan but Zachary Whitmer and Nick Sowell were pulling together into a Steinbrenner phalanx. Coming in for the finish, Rivers was in command and logged a 16:12.1, just off his county time of 16:10 where he had a rabbit in Citrus Park Christian's Trevor Foley to chase. 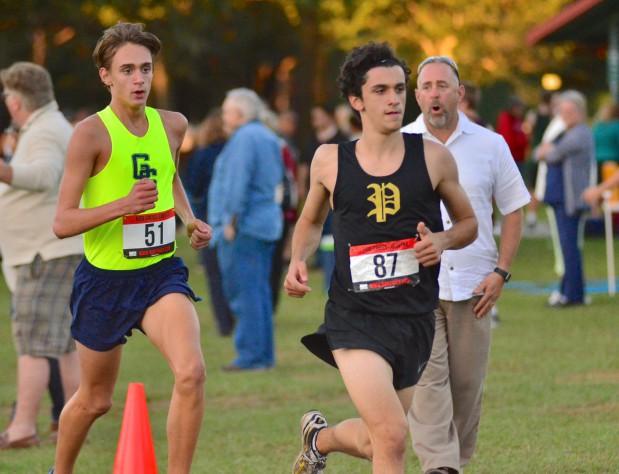 With Rivers to chase, Bly turned in a personal record 16:25.8 for second place. Thomas took third in 16:33.0, then the Steinbrenner Warrior phalanx rolled in. Whitmer got into a foot race with Plant's Maximillian Feurlein for third and just barely got him, 16:40.1 to 16:40.2. The rest of the Warrior top five took the next three spots, Sowell in sixth at 16:41.5, Harrigan in seventh at 16:43.3 and Jackson Miller in eighth at 16:51.6. It didn't stop there. Steinbrenner's sixth, seventh and eighth runners in Daniel Weller, Ryan Gorman and Gabriel Lara took the next three spots, slamming the door closed on the rest of the teams.

"We looked forward to this all summer," Harrigan said. "We knew we would be good this year and we're finally coming to realize it." 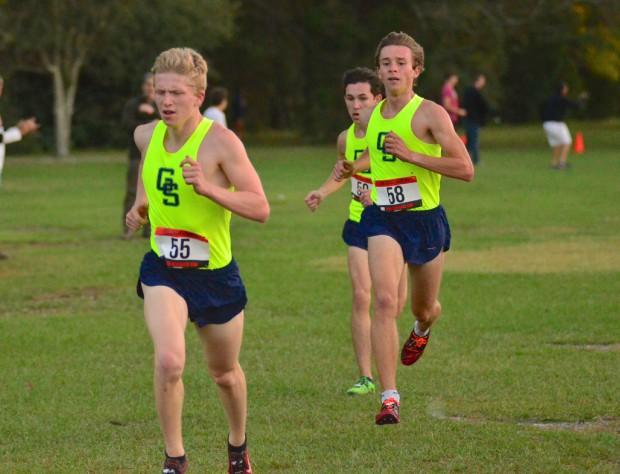 Harrigan set a personal best with his 16:43.3. Davis mentioned that Harrigan broke Davis' sophomore record as a freshman.

"I like to run my own race but I was definitely trying to follow him (Rivers)," Bly said. "I know what he's capable of. I tried to keep up with him but he just kept pulling away." 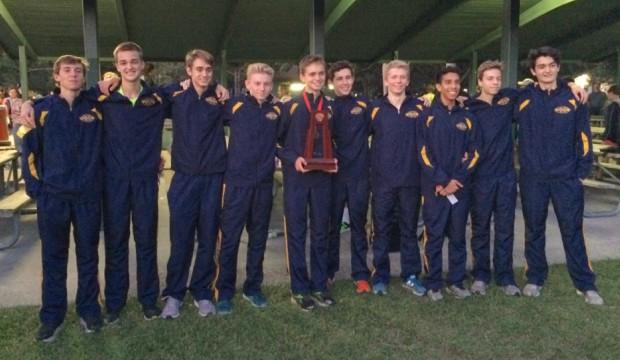 It was a big day for Rivers winning back-to-back titles but the Warriors made a resounding statement, pushing all eight of their runners into the top 11 in a very tough district. The Warriors easily out-paced Plant 27-60 after topping Wharton by just two points a year ago. Rivers' Wharton boys made it a close third behind Plant with 66.