In one of the closest Foot Locker South Regional championship races of all time, less than four seconds separated second to tenth place. Florida will send a trio of athletes to San Diego including 3A Cross Country Finals champion Ana Wallace of Chiles who was third in 17:28.83 in her first time ever competing at the meet. 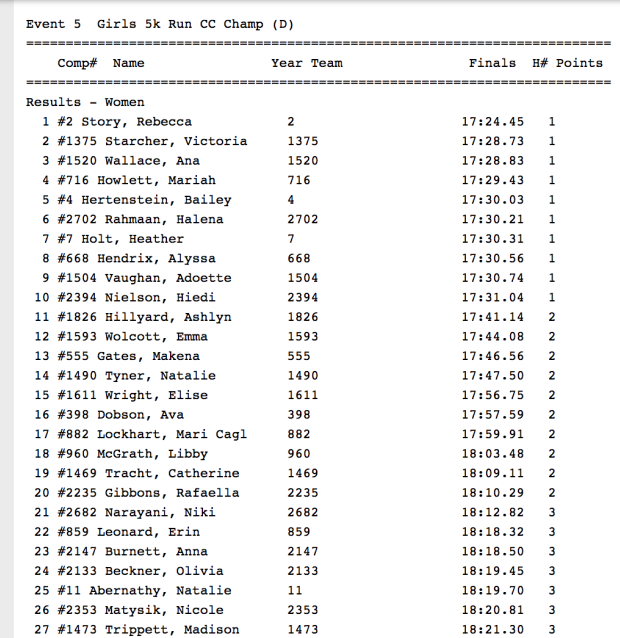 Her time places her 14th on the all-time lost of Sunshine State athletes at Foot Locker South behind Olympian Jenny Simpson and one spot ahead of 2016 Foot Locker Finalist and Duke freshman Amanda Beach.

Joining her on the trip will be three-time 4A Cross Country Finals champion and Indiana University signee Bailey Hertenstein. Hertenstein was 7th at last year's meet and 20th at Foot Locker Nationals. Her time of 17:30.03 was nearly 11 seconds faster than she ran in 2016 and just four seconds shy of her personal best from two weeks ago.

Rounding out the top three is Riverview sophomore Alyssa Hendrix. After the Cross Country Finals, where she was second to Hertenstein, Hertenstein told us that although she had just set the state meet record at Apalachee Regional Park, and won her third straight title, it would be Hendrix that would break all those records before her time in high school had come to an end. Hendrix, who dropped a minute off her season best from a year ago, has had the season of her life with five meets under 18 minutes including her last two of 17:30.82 at state and a new personal best of 17:30.00 at Foot Locker South.