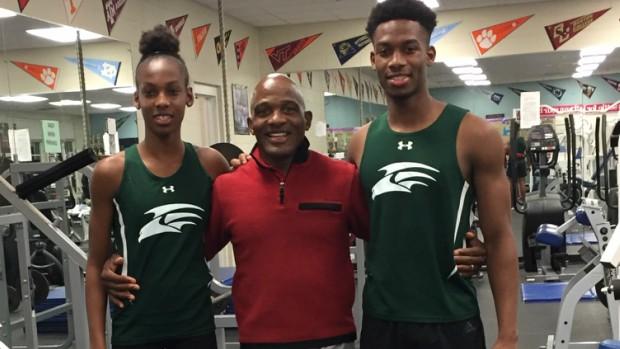 The only thing stronger than South Walton High School's Patasha and Anthony Bryan's physical capabilities is their love for America and their bond with each other. Currently, far removed from their Jamaican home, they can each be found in the lead pack at local, regional, and national indoor and outdoor track meets.

Anthony, now a junior, moved to the South Walton area from Jamaica when he was in middle school. His road to success has not been an easy one, admitting, "I've had to overcome a lot of obstacles... Coming to Florida was different. The people, everything was different."

From an island where his sports were cricket and soccer, Anthony gravitated to the track once he became acclimated to his new environment. At Destin Middle School, Emerald Coast Middle School, and now at South Walton, he has accumulated school records in events from the high jump to the sprints to the hurdles. He is currently the 2A District 1 defending champion in the long jump and 110m hurdles. 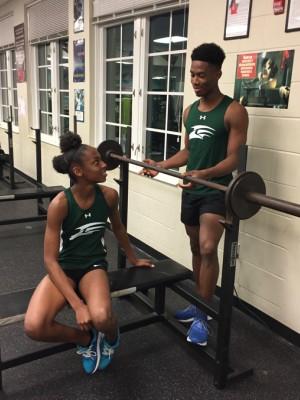 Feeling unsure of himself when he initially arrived, he was uncertain about his athletic career. His outlook evolved when he met his current coach, Willie Parker. Coach Parker, a respected developer of Division 1 pentathletes and decathletes, was quick to recognize his new athlete's potential, "I wasn't sure if I wanted to do it, but as time went by I realized I really loved it... I didn't want to go to practice. I did not think I would be successful, but Coach Parker took me out and showed me what is out there and what I can do. He is the one who got me started."

In 2016 Anthony finished 2nd at the USATF Junior Olympic National Championships in the decathlon and was the top 15 year old. This past summer he won the 2017 USATF Florida Association Junior Olympics for his age group while setting a PR, putting himself at the top of Florida's high school decathlon rankings.

Now, under Parker's tutelage, Anthony is the top ranked decathlete in the United States for the class of 2019.

The Bryan-Parker duo became a trio in 2016. Anthony was elated to be joined by Patasha when she entered eighth grade at Emerald Coast Middle School. She soon set a school record in the 800m. This past fall, as a freshman at South Walton in cross country she won the Walton County Championship, then followed that up with the 2A District 1 and 2A Region 1 titles. Moving on to the indoor season Patasha enjoyed a strong showing that garnered her a ranking as the 11th best freshman nationally for the indoor high jump. 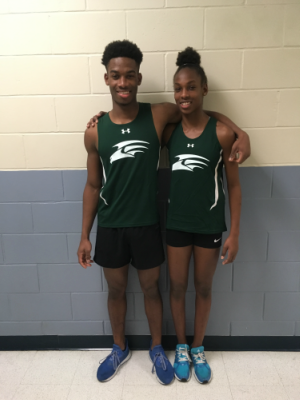 Though they are both driven to succeed, they emphatically make one thing clear: "There is no sibling rivalry. We like doing the same sport. We feed off of each other. We use each other to get better," says Anthony.  Patasha, a pentathlete who is better suited for distance, helps her brother with endurance training, while he helps her with hurdling, jumping, and throwing. He also applauds her ability to adapt to her new home, "I just showed her around. She helps herself."

The opportunity to further their academic and athletic careers at the collegiate level provides ample motivation. For Anthony, a quick glance at the South Walton record books provides him with a glimpse of what his collegiate future could hold. His South Walton school record in the 300M hurdles ranks him ahead of both Christian Friis, currently a decathlete at Duke, and Chris Sanders, a 2016 graduate of Rice University who was also a decathlete.

Having visited Arkansas, Liberty, Vanderbilt, and with plans to visit as many schools as he can, Anthony is enjoying the recruiting process and life in America, where, he recognizes, "There are opportunities for everybody." As Anthony dedicates himself to molding footsteps towards a better future, Patasha does her part to follow in them.

Their athletic abilities are fortified by their fervent passion to improve. "It's not hard to train and compete year-round, because it is what we like to do. That's what we enjoy, going out there every day and getting better," Patasha explains. Coach Parker agrees, "Until now I have never come across a brother and sister that really enjoy getting better, working hard, and just enjoying the sport."

As for the future, Anthony and Patasha are focusing on improvement in all they do. The Bryans find solace in track and use their practices as a way to bond, get away from some of the trivialities of high school, and work through any obstacles they face. Coach Parker beams as he explains, "These two young people, who came here from Jamaica, have an opportunity to make history."

The Bryan siblings race to the future together, chasing their American dreams.