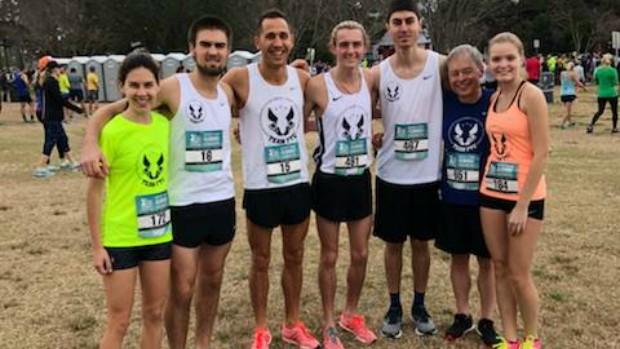 Now as the head coach and owner of the Team Florida Track Club based in Gainesville he will have some athletes on his 125 member team competing at this weekend's USATF Cross Country Championships in Tallahassee. 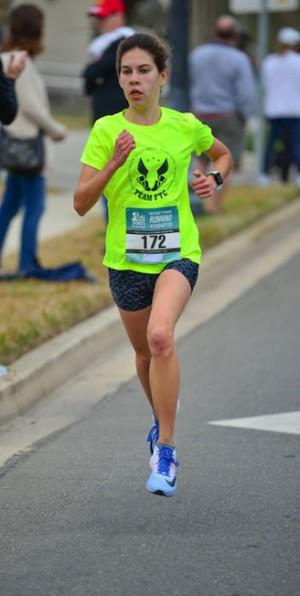 We've got a junior team running with four high school kids, three are from Clay County and one from Gainesville," Nadler said. "They are Francisco Flores-Rodriguez, Evan Fuller, Andrew Miller,  and Dylan Nelson. I coach two of them. Then we have two former high school girls, Adair Lyden and Daniela Urzua in the women's race."

Urzua, a Lake Mary High School grad,  is coming off of an impressive performance at the the Matanzas 5k where she finished in a new personal best time of 17:24. She joins Lyden in a field that includes Courtney Frerichs, 2017 World Championships silver medalist (Steeplechase), Jordan Hasay, 2017 USATF 15 km and 20 km Champion, 3rd place at Boston and Chicago Marathons, and Emily Infeld, Rio Olympian and 2015 World Championships bronze medalist.

"For our former FL High School runners like Adair and Daniela, this is a chance to run on a course they ran in high school but at a whole new level," he added. "They both miss cross country running and are excited to line up with their idols like Jordan Hasay and Emily Infeld!"

The jump up in distance from a high school 5k to an 8k college distance for the junior boys is definitely a step up and the fact that they will be going head to head with talented college freshmen from around the country trying to make the U.S. team is not lost on Nadler.

"They are all really excited about the challenge," he noted. "It's a long shot for any of them to make the team but I'm confident that they are ready to mix it up and make a run at it. What's exciting is that this meet will be in Tallahassee again next year so they will all still be young enough to run it again." 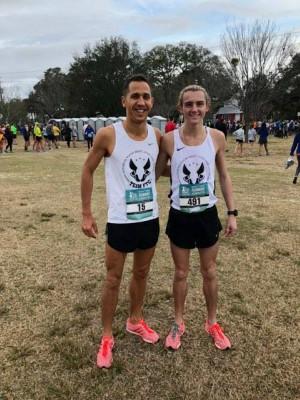 Don't let their preparation fool you, they are ready. The group has been in a winter strength phase as they gear up for the track season. With the longer distance races it lines up with the work they've been putting in which consists of cruise intervals, tempo runs, hill repeats, and hill sprints along with solid milage and some great long runs on hilly courses."
"This is a great opportunity to gain experience for the future," Nadler said. "As an added bonus they will get to see many of their running idols race on the same course after! It's hard to say what they are more excited about!"
For Nadler,  who hasn't run a cross country in a decade, it's an opportunity for him and his group to race a professional field and in their home state as a team.

"As adults, we all miss the team aspect of being part of something bigger," he told us. "This is chance to line up together and push each other and inspire others to do the same. We want people to know that your competitive running doesn't have to end when you finish school high school or college."

He's been in this competitive arena before. He admits he might be a little star truck to see the likes of Olympians Galen Rupp and Evan Jager toe the line next to him. His goal is to simply get out there, mix it up, and run the best race possible.

"I always try to lead by example for our younger athletes and since I'm throwing them to the "wolves" so to speak, I know they will be looking to me to step up and represent," Nadler exclaimed.