March Madness is upon us and one of the most intriguing questions about the tourney is: Who is going to be the Cinderella or Underdog? In this week's AOTW poll we have some underdogs and new names gracing the list, yet there are also some studs that continue to be mainstays. You know the deal, make sure to vote for your favorite boys athlete of the week and check back to see who wins!

Stone Baker- One of the most competitive and underrated rivals in FL belong to the pole vaulters. Noah Mumme and Stone Baker headline an elite group, but it was Baker (pictured above) who pulled ahead this week as he vaulted to the FL #1 and US #3 mark of 16-2. The senior from River Ridge HS took full advantage of vaulting at his home meet as Baker continues to be the top 3A Pole Vaulter.

Hugh Brittenham- The junior from Estero HS has been consistently under the radar during his tenure at Estero, but this week Hugh unleashed in the 800m as he took the FL #1 and US #3 time with a 1:54.22. Brittenham was the 3A Runner-Up in the 1600m last year.

Israel Diaz- The senior from Citrus HS continues to produce quality marks in the high jump as he won the Crystal River Invitational with a jump of 6-8. Diaz, the 2017 2A State Champion in the high jump, has a perfect 5-0 record in the high jump and will be the favorite as the State Series gets closer.

Timothy Doyle- The UNF signee turned in an impressive weekend as he took the best 1600 time in FL with a 4:17.97 at the Brian Jaeger Elite Classic. Doyle bounced back from Friday night where he won the 800 in a time of 1:56.50 at the Hawks on the Hill Invitational. The senior from Freedom HS (Orlando) is a two-time 1600m State Champion in 4A.

Tristen Montalvo- The Stetson signee blasted a nine second PB in the 3200 meter, as he claimed the win at the Kowboy Invitational. The senior from St. Cloud HS left the field in the dust as he raced to a 9:26.56 to secure the top FL 3200 time of the week.

Anthony Schwartz- The future Auburn Tiger made running the 60m look downright pedestrian, going 6.63, 6.62 and 6.59 in ensuing rounds to score his first, and only, indoor title at New Balance Nationals Indoor on Sunday. Schwartz wrapped up his indoor season as he now will focus on being the most dominant 100 and 200 meter runner in the state and country.

Alex Shields- The reigning 1A State Champion in the 110 and 300 hurdles is having a sensational sophomore year. Shields who runs for First Academy HS, wrapped up the top 110 hurdle time as he won the Hawks on the Hill Invitational in a time of 14.44.

Arian Smith- The sophomore 5-star running back who has offers from UF, FSU, UCF, and UNC is turning up on the track this season. Smith took the fastest 200 time of the week with a 21.78 in prelims at the Kowboy Invite, where he also won the long jump with a mark 23-10.5. Keep an eye out for the sophomore from Mulberry HS who won the 2A Long Jump in 2017.

Denzel Washington- A new addition to this list, Washington won the triple jump at the Tariq Barfield Invitational with a mark of 46-7.75. The senior from Blountstown HS not only has a famous name but if he keeps jumping like this expect him to be a favorite in 1A.

Elijah West- Niceville HS throwers have been a consistent powerhouse in the world of Florida track and field and Elijah West is just the next in line. The senior took the win in the shot put at the Aggie Invitational as he threw 55-4.5 feet. The #2 FL thrower continued his dominance in the Panhandle as he also picked up the win in the discus. 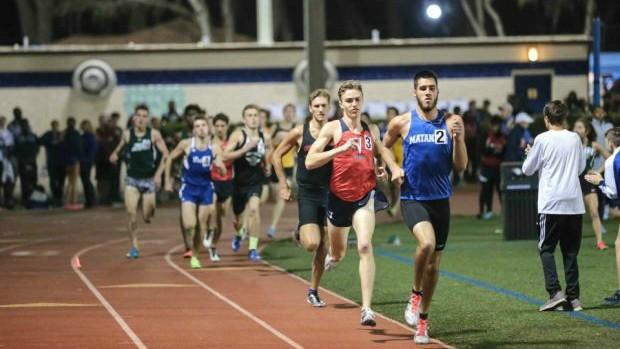 Congratulations to last week's winner Jacob Miley of Matanzas who tallied 419 of 719 total votes (58.28%). The junior used an impressive AAU season last year to start to get some recognition, and now Miley is really starting to bring it. He now holds the US #3 and FL #1 best 800 mark of the season with a time of 1:54.28. Miley took the win at the Bolles Bulldog Classic as he is now the new leader in the clubhouse for 3A.