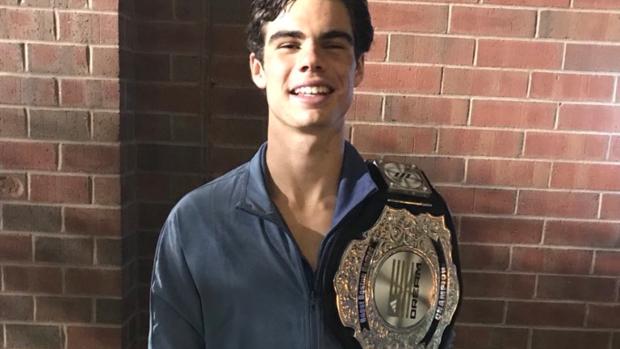 What a senior season for Michael Phillips. In the fall, he won the 3A Cross Country Finals and went onto finish 16th at Foot Locker Nationals in San Diego. That success parlayed onto the track where he won his first outdoor state titles in Florida in both the 1,600 and 3,200m two weeks ago. Phillips was invited to the Dream Mile in Boston and won, something no Florida athlete has every done in the meet's history.

"Coming into the race I did a mini taper given that I am still training for Brooks PR in three weeks," Phillips said. "It was a different race because I've never been in such a deep mile field. I was in the 3,200m at Arcadia, but this was different to me. I wanted to just hang on as long as I could and see what I could do on that last lap." 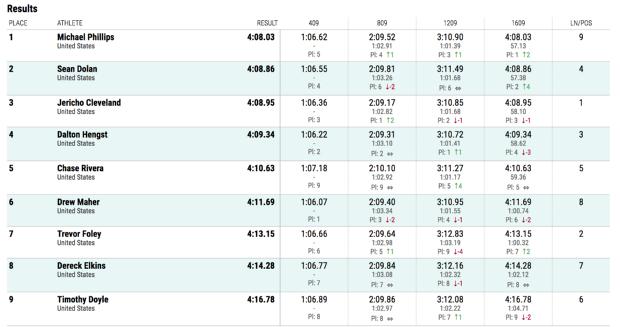 The Syracuse signee was in 5th one lap in, moved his way up to 4th half way through the race, and then third at around 1,200m, and unleashed a 57.13s last lap to win the race in 4:08.03. The top three spots were separated by less than a second.

Bolles junior Chase Rivera, who was 5th in the 2A state championship 1,600m was fifth in Boston with a time of 4:10.63. It was the second half of the race, that saw him improve five spots from his 9th place showing at 800m. 1A state champion and University of Florida signee Trevor Foley was 7th in 4:13.15 while UNF signee and 4A state champion Timothy Doyle rounded out the field in 9th with a mark of 4:16.78.

Phillips, who roomed with Doyle for the weekend, summed it all up by saying it was an incredible experience to run with Florida and the nation's best in Boston.

"To compete with the Florida boys one last time was amazing," he noted. "This whole experience was amazing."