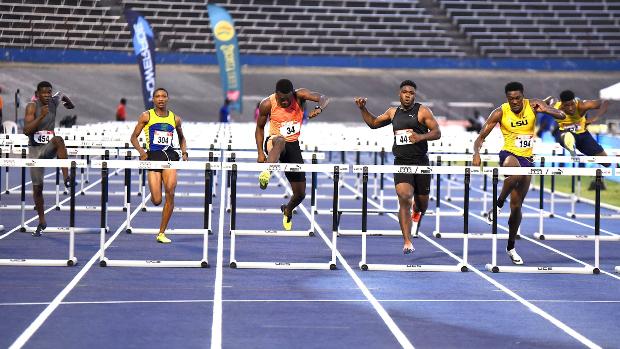 Northeast HS alumni and LSU freshman Damion Thomas continued his spectacular season with a win at the Jamaican Junior Championships. Less than weeks after finishing third at the NCAA Championships in the 110m hurdles (42"), Thomas, clocked a time of 12.99s at the junior height of 39 inches, joining Wilhelm Belocian of France for a share of the U20 record, and as the only two men to break 13 seconds.

"I actually knew coming in with the training and the times I've been hitting previously in the season that I could come out and do this," he told Anthony Foster of TrackAlerts.com after the race. "I was pushed the whole way. I knew Dejour Russell and Orlando Bennett were going to be in the race so I knew it wasn't going to be a race I won easily and to be pushed all the way to the line I am thankful for that." 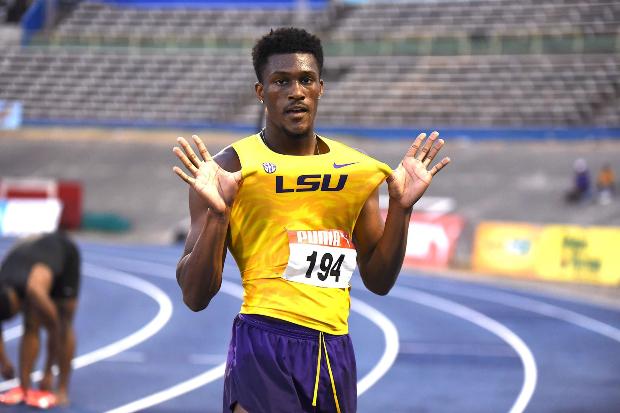 Thomas' mark also breaks the Jamaican record of 13.06 set by Tyler Mason in 2014. Orlando Bennett who was second in the race in 13.00, currently sits at #3 all-time. The former Florida standout, won the same meet as a junior in high school and competed in the green, black, and gold, at the 2016 IAAF World U20 Championships in Poland. He ran 13.48 in the heats, to easily advance to the semifinals. Thomas looked like a sure fire bet to make the medal stand for Jamaica. ‪Unfortunately, the next round wasn't as welcoming. Thomas stumbled over the first hurdle and as he came crashing down so did his chances of a IAAF World U20 Championship.

"Two years ago, it really left a bad taste in my mouth," Thomas said. "It wasn't how I wanted to end that season. So to come back this year and equal the world junior record shows I am on the right path."

Heading into Tampere Finland and the IAAF World U20 Championships, what are his expectations?

"The expectations are just to execute the same way, come away with the victory, and hopefully a new record."