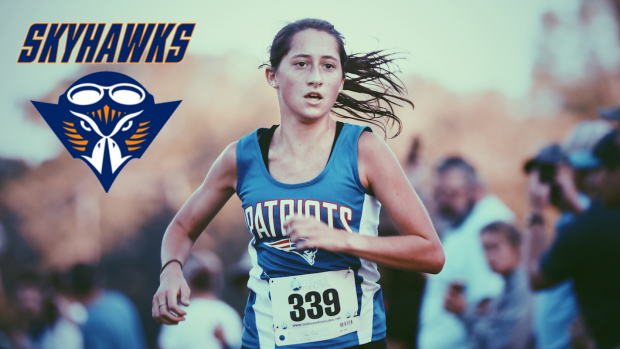 "Running consistently is one of the most important lessons I have learned in high school, and I learned it the hard way," Fisher said.

Last year, Fisher ended her cross country season with a 37th place finish at the FHSAA 3A Region 1 in a time of 20:32 -- her first regional race in the state of Florida.

The former 2017 Tennessee AAA 3200m state champion for Arlington, had moved to Florida for her junior and senior year to compete for Pace HS.

Transitions are tough, and Fisher's performances week after week have shown her resilience as an athlete and as a competitor.

"Running is more mental than physical, so having a positive mindset got me through anything," Fisher said.

Fisher's hard work did not go unnoticed. The Tennessee native recently announced her commitment to the University of Tennessee at Martin, where she will continue her academic and athletic careers as a Skyhawk.

"UT Martin was the first college I took an official visit to, and immediately I felt right at home," said Fisher. "The team is so welcoming and friendly, and the coaches are amazing. It's a fairly new program and it's grown so much over the past few years."

The future Skyhawk will compete for Coach Peter Dalton, on the every growing and competitive southeast program. Coach Dalton is known for growing athlete and team potentials as he led King University through a transition from NAIA to NCAA Division II where the team finished second at the southeast regional championships in 2010, according to UTM sports.

Fisher could see potential in her career under Coach Dalton.

"Do your research and reach out to coaches, don't wait for them to reach out to you. If you're interested in a college, fill out a questionnaire or contact the coach," said Fisher. "Put yourself out there if you are serious about running at the collegiate level."