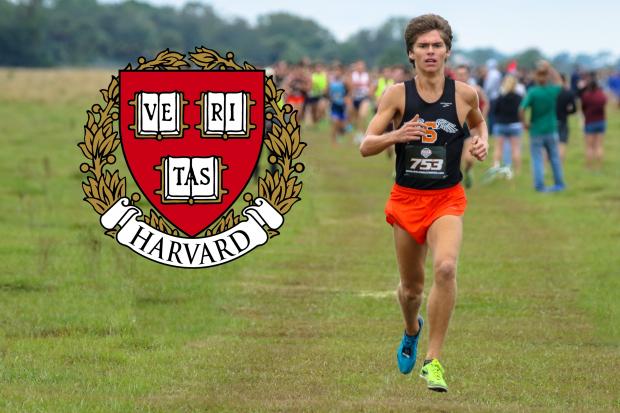 In addition to his two individual state crowns, Hartvigsen holds the Sarasota High School cross country record, setting the 5K mark of 15:08 at the Great American Cross Country Festival in Cary, North Carolina, last month. He also holds three top five finishes at the FHSAA Track and Field Championships, having placed 3rd and 4th, respectively, in the 3,200 meter run in 2017 and 2018 and finishing 5th overall in the 1,600 meter run in 2018.

"I'm thrilled to continue my academic and athletic interests at one of America's premier universities," said Hartvigsen. "I want to thank my coaches, John Stevenson, Alan King and Edward Sera, for helping make this once in a lifetime opportunity possible for me. Of course, I'd also like to thank my parents for always being there to support me as an athlete and as a student. They always taught me to dream big and achieve my goals."

A National Merit Semifinalist, Hartvigsen is as talented in the classroom as he is at running. As a senior at Pine View, he has a 4.0 unweighted GPA and has taken nearly a dozen AP classes. He plans to pursue a degree in engineering from Harvard and is looking forward to the well-rounded education for which the university is renowned.