With the close to September, we're now about halfway through the 2019 cross country season. Which means it's time to start discussing one of Florida's most prestigious events of the year, the Florida Athletic Coaches Association's Senior All-Star Classic! Every year during the post season, after the FHSAA State Championship, the F-A-C-A extends official invitations to the top 64 senior athletes from around the state (32 boys and 32 girls) to be able to participate in an intimate, fun, and entertaining competition.

For the third consecutive year this competition will be held at Holloway Park in Lakeland. This venue is home to more than a dozen cross country competitions this season including the flrunners.com Invitational 20 and the FLYRA MS State Championship. This year's competition will be held on Saturday, November 16th, with the festivities starting on Friday the 15th. That weekend is one week after the FHSAA State Championship, and two weeks before the Foot Locker South and Nike Cross Southeast Region races. 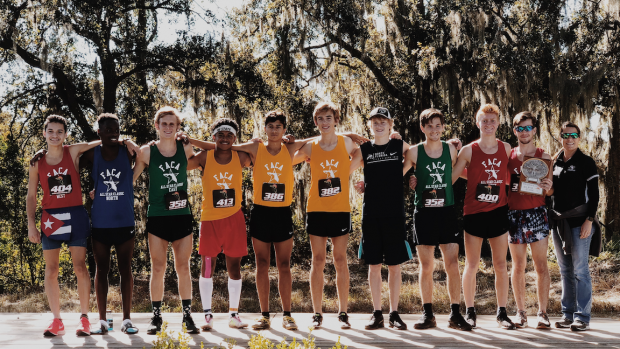 For all of those earning the honor of competing for their respective geographical locations from around the state, the selected seniors will be honored at the event in a variety of fashions. All competing seniors will receive a variety of gifts such as: official FACA team jerseys, FACA commemorative t-shirts, FACA drawstring shoe bags, and more! The FACA wants to ensure that all of our state's top seniors come home with many great memories and keepsakes from this great annual event!

Looking ahead to the 2019 edition of this event, here is a preliminary listing of all of the top male and female seniors from the geographical locations around the state: East, North, South, and West. We will continue to post watch lists throughout the remainder of the season and won't make final selections for each team (top 8 per team) until after the FHSAA State Championship. Although the selections are more heavily decided with State Series results, overall season performance does count as well. So here's a first look at which seniors have performed well this season through the end of September...

* Please note that these lists will change throughout the season and final selections will not be until after the FHSAA State Finals. Although many athletes run great performances at the beginning of each season, we'll be looking for which seniors are performing the best at the end of the season, particularly during the state series, although performances throughout the season will be taken into consideration. Please remember that each geographical region will only have eight individuals selected to represent their team, so keep working hard to make that top-eight, seniors!