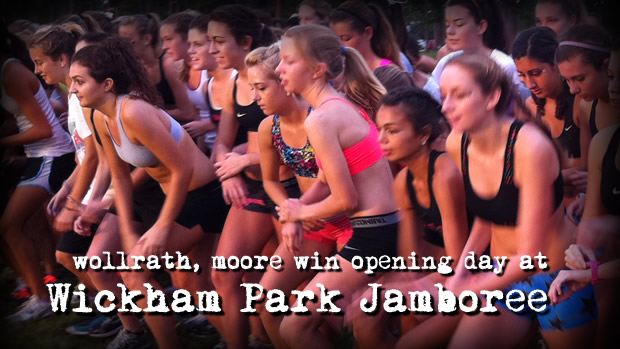 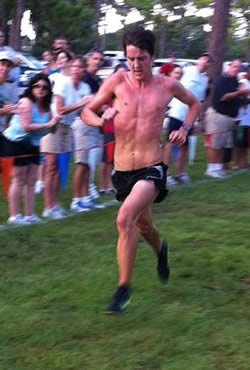 MELBOURNE – At first, Holy Trinity runners Daniel Moore and Julie Wollrath took it easy. Then, Tigers coach Doug Butler turned them loose.
Moore won the boys race in 16 minutes, 4 seconds and Wollrath crossed the finish line first for the girls in 18:33 at Saturday’s Wickham Park Jamboree, a preseason event featuring schools throughout Brevard County.
“The first lap, they had to just stay back,” Butler said of his two winners. “Then I told them they could take off.”
Moore was followed by Michael Fisher (16:28), a college freshman who ran for Brevard HEAT a season ago, and Holy Trinity teammate Alex Brown (16:32). Tristan Kattenberg of Holy Trinity was fourth in 16:34 and Melbourne’s Blake Robison finished fifth in 16:46.
“I’m really happy with today,” said Moore, a senior. “I wanted to run whatever it would take to win – that was my goal.”
Moore’s effort included a strong kick to close out the win.
“I knew I was going to be close to sub-16, so I was trying to do that,” he said.
Wollrath, a freshman, separated herself from Melbourne senior Vanessa Valentine at about the two-mile mark.
“That’s when I started to move,” Wollrath said. “(Valentine) definitely pushed me. If I didn’t have her, I probably would have gone easier.”
Valentine placed second in 18:57, while Merritt Island’s Elizabeth Harper was third in 19:21. A pair of Holy Trinity runners rounded out the top five – Mackenzie Dummer (20:02) and Brianna Wahy (20:17).
Wollrath, who placed third in last year's Class 1A state meet as an eighth grader, was pleased with Saturday’s effort.
“I think I did well,” she said. “I took off at the right time, and I think I’m getting to know how to pace myself.”
In addition to placing three runners in the top five of both the boys and girls events, Butler had other reasons to smile Saturday morning.“I had several guys run PRs,” he said. “And to run a PR the first week in September, that’s huge.”