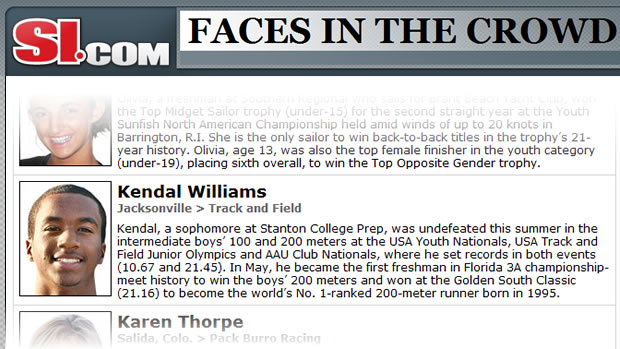 Stanton Prep's Kendal Williams got some national notoriety when he was featured in Sports Illustrated's Faces of the Crowd section. The super sophomore was recognized for his performances throughout the summer which included double golds in the 100 in 200 at USA Youth Nationals, USATF Junior Olympics, and AAU Club Nationals. As a freshman, Williams won the 3A title in the 200 meters in a time of 21.40. He was second in the 100 at 10.60.