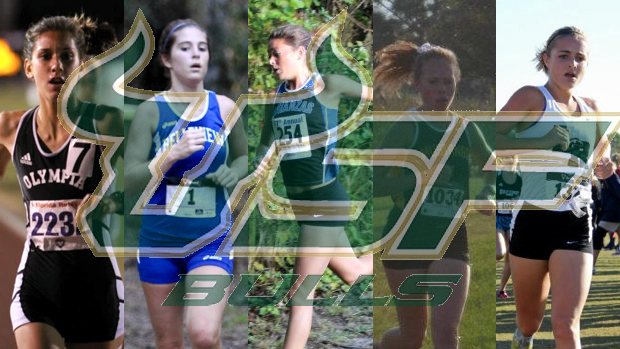 University of South Florida Cross Country Coach Dena Reif knows the importance of keeping local talent at home. The Bulls women's roster is comprised completely of Floridians hailing from various parts of the state. Recently, Reif continued that trend of landing area athletes when she received commitments from five of the states' top runners. Catherine Blaney of Belleview, Hannah Loder of Matanzas, Elizabeth Harper of Merritt Island, Natalie Novak of Lakewood Ranch, and Kaitlyn Campo of Olympia will dawn the green and gold in the fall of 2013. 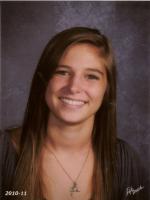 For Catherine Blaney coming back from injury was the greatest accomplishment of her career. A stress fracture in her hip sidelined her for her junior track and field and cross country seasons, but she came into her senior year with a goal. She wanted to break 19 minutes for 5k and ended up with a personal best of 18:44 at season's end. Her strong performance earned her several looks from colleges including, UNF, FGCU, and USF. In the end she says it was the Bulls that made her feel right at home.

"When I visited USF there were a combination of things that sold me, which is why I chose it. Coach Reif is a really nice lady and really made me feel wanted. I saw potential for myself being in the program they have there for track and cross country, and it looks like they treat their athletes right. The campus is also very beautiful and I am excited to move to the city."

Blaney is excited to grow both on the cross country course and in the classroom. She plans to break 18 minutes and says she is looking forward to meeting her new team and enjoying the full college experience.

"I am excited to have other girls my age on the team that I will get to spend the next four years with. Hannah (Loder) and I met at the FACA meet and we clicked right away so it is comforting knowing that I already have a friend on the team." 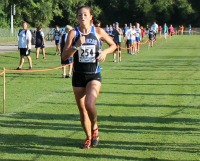 Hannah Loder has had a great career in Flagler County at Matanzas High School. Over her four years she has won several regional races, has finished in the top 35 the past three Cross Country State Finals and was named the Daytona Beach News Journal  Cross Country Runner of the Year three consecutive years. She says the recruiting process was an interesting one for her.

"Having to constantly think about if you're making the right decision or not, having to keep up with all the calls and emails, and juggle school hasn't been easy. I visited UNF, Troy, and the University of Tampa. I am glad I have chosen my school and can focus on having fun this upcoming track season and keeping my grades up."

Loder chose USF because of the great group of girls, the athletic facilities, and the ability to travel with a Division 1 program. She says once she gets to the Tampa campus her goals are to be on the traveling team and see her times drop drastically. 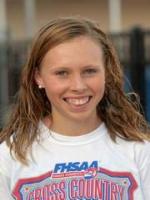 Elizabeth Harper of Merritt Island was the third USF commitment of the weekend. Harper led the Lady Mustangs to a fourth place finish at this year's Cross Country Finals. She says that accomplishment along with her regional wins in cross country and track her sophomore year, and breaking into the 18 minute mark in cross country are some of her proudest moments.

Harper took unofficial visits to FAU and UNF before settling on the Bulls. She says what ultimately sold her on USF were the opportunities that were available to student athletes and the investment the school has in those students to succeed.

"USF has one of the best nursing programs in the country and that really attracted me.There was also a really strong family atmosphere among the girls on the team and I really wanted to be part of something like that."

The family has grown with the recent recruiting coup by Coach Reif. Harper asys she is really excited to see the rest of the Florida girls committing and is excited for what the future holds.

"It's really cool to see girls that you've competed against for the last four years and gotten to know, go off and start a new part of their life just like you do. My goals once I get to USF are to work very, very, hard to better myself and my teammates and to help our team earn a top place in the Big East Conference. I'm looking forward all the challenges and opportunities, as well as the chance to meet new people and get an excellent education." 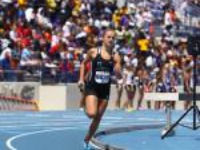 The beginning of the week brought more good news for the Bulls as Lakewood Ranch senior Natalie Novak announced she would attend USF. Not only was Novak a two sport athlete in track and field cross country, but the Lady Mustang was also involved in the school's orchestra.  She was a member of the 2011 state champion 4x800 meter relay team and a part of four Lakewood Ranch cross country teams that finished in the top five during her career. Novak also visited DePaul University in Chicago, but ultimately selected nearby USF. She says she can't wait to be a part of the Bulls' incoming freshman class.

"I am very excited that Catherine, Hannah, and Elizabeth have also committed as this will give us a great freshman group for next year. I was fortunate enough to start my high school career with three fantastic other girls and we have a great friendship and winning tradition together.  I am excited to create new friendships with my new teammates at USF." 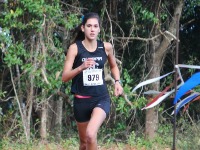 Most recently, USF added one more girl to that freshman class, Kaitlyn Campo of Olympia. Campo placed tenth at the 4A Cross Country finals and helped the Titans to a third place finish. She finished out her senior cross country season with a second place showing at the FACA Senior All-Star Meet.  She will be a great addition to this freshman class with her experience at national meets such as Great American and Foot Locker South, and by serving as captain for three years on one of the better programs in 4A. She unofficially visited UCF and Emory, but settled on the University of South Florida in the end. She says she didn't know much about the other girls before coming in, but is excited for the bond this group of girls can form in the future.

"Although I dont know any of the girls personally, there wasn't a runner I met that I didnt like. I look forward to having another team to bond with like I've been able to bond with my Olympia team."

USF has done a great job recruiting with these five additions. Look for them to continue their success and make an impact at the next level. Congratulations to Catherine, Hannah, Elizabeth, Natalie, and Kaitlyn on their college decisions, as well as, the rest our class of 2013 athletes who will be running at the next level.