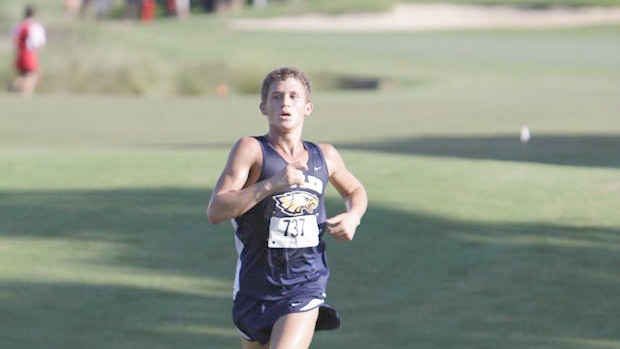 Naples senior Buddy Gates finished his high school cross country career with a ninth place finish at the 3A state meet. Recently, Gates made his college decision when he committed to NYU. See why he chose the Bobcats, his most memorable high school moments, his future plans, and much more.

What was the recruiting process like for you?
The recruting process was exciting, nerve racking, and inspiring. I started early, emailing coaches at the beginning of my sophomore year just to get my name out there. 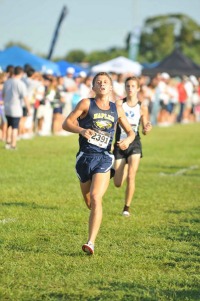 How important was it for you to go out and do your own homework and pitch yourself rather than waiting on them to come to you?
It actually helped a lot. i got really comfortable with talking to coaches. I probably wouldn't be going to NYU if I hadn't contacted them. it was also really motivating to get responses from coaches at such an early point.
What other schools did you consider?
I took visits to Tufts, Davidson, NYU, and Navy. Aside from those three I was talking to Clemson, Wake Forest, Emory, and UF as a walk on
Why did you choose NYU?
I choose NYU because of the great balance of academics and athletics. I plan to study economics and they were Division 3 National Champions in 2007 and were ranked fifth in the country this year. Coach McDonough really knows how to turn good runners into great ones and it shows through his success. Also when I took my visit I fit in great with the guys and loved the city.
Naples to New York City is a bit of a culture change isn't it?
It is a huge culture change and that's what I was looking for. I have lived in Naples my whole life and I knew I wanted to get out of the state. I am excited and ready to start this new and totally different journey in my life.

You mentioned the team. How would you describe your new teammates?
I got along great with the rest of the guys up there. It's definitely an eclectic team and that's something I look forward to being a part of.Coach McDonough says he's put together a recruiting class this year that he thinks has the potential to be national champions.
A lot of kids opt to go Division 1 and to big name school, but you chose to go Division 3. Was their a sense of knowing that you could make a more meaninful impact at a smaller school?
I definitely embraced the fact that I knew I couldn't make a large impact on a big name Division 1 program. Going Division 3 allows me to travel as a freshmen and as a D3 runner I'll be able to compete at nationals individually one day (hopefully) which is a big goal of mine. It would be great to be able to say I was part of national champion cross country team as well 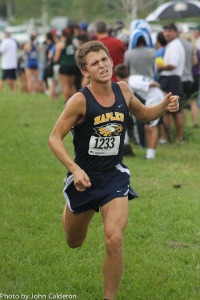 You've had a lot of great high school moments including top ten finishes at state both in cross country and outdoor track. What stands out the most?
The greatest moments in my running career have to be breaking my school record at Flrunners ROC 2011 running 15:40 and finally having a great state race this past cross country season. I have had trouble with running well early in the season and fading out by the end, and to finally finish a season, my senior season on top of it, with a great race and a 9th place finish in a stacked meet was really a great feeling.
What are your goals for this track season?
My goals for track season are to run mid 9:20s in the 3200, low 4:20s in the 1600, and to make it out of my region for the 3200 this year. Talk about a region of death! Ace Brown and Tyler Bennett, Carlos Miranda, Bobby Ormsby, Courtland Bernard of Sarasota, and my teammate Lee Shearer and myself all competing for four spots. That is four top ten 2012 3A finishers, an ROC champ, and two 9:40-something guys all in one race. and we are all friends.
When all is said and done what do you want people to remember about Buddy Gates?
I want people to remember me as someone who really enjoyed the sport for the intangibles. Running has given me friendships, experiences I'll never forget, and a great education in the future. It is much more than just a sport to me.
What kind of runner is NYU getting and what are you looking forward to most about running in college?

NYU is getting a student of the sport who is ready and excited to further my running career. I am most excited about representing NYU on the national stage and for all the opportunites that New York will bring to me... and for them to do my own laundry.