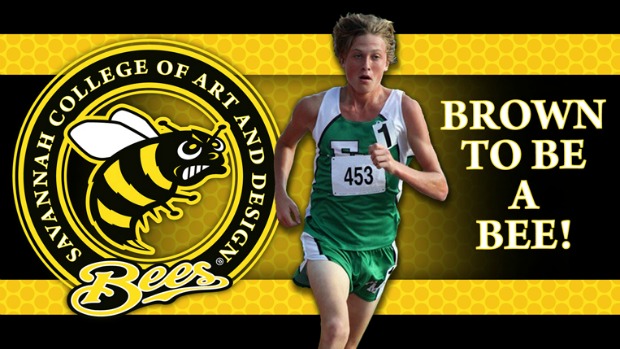 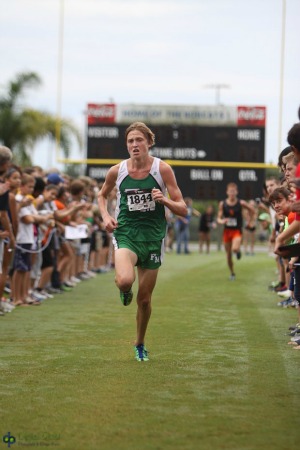 Fort Myers senior Ace Brown took his time with the college recruiting process. During his official visits to USF, UNF, UF, FSU, and SCAD and unofficial visits to Appalachian State and South Carolina Upstate, Brown had the opportunity to meet a variety of coaches, campuses, and fellow runners. With six offers in hand, Brown says the final decision came down to which school he felt the most at home.

"SCAD (Savannah College of Art & Design) had the art, the city, the coach and the team that I felt most comfortable with."
The Bees cross country team have had success on the national stage. They have been to the NAIA National Championships two of the last three years and the track team has sent several individuals to nationals over the past few years. Running right away was also imporant for Brown. He says he would love to be able to race against the best the NAIA has to offer year in and year out.
"I won't lie, It was something I had to think about long and hard, but in the long haul it was about the academic path that I wanted to take and SCAD is one of the best art schools in the country and the only one with a athletic program with cross country and track and field. Plus it is still near the beach.
In addition to being a standout runner, Brown is a very talented artist and that played another huge role in his decision. He says UNF, FSU, and UF all had excellent programs, faculty, and facilities, but SCAD is art.
"Everything from fashion to multi-media to film to sequential art and of course my favorite illustration. Plus the setting in the historic district of Savannah is totally awesome. They also have a really high rate of employment right out of school."
Consistency is key for Brown who has competed in the Cross Country State Finals all four years of high school. 2012 was arguably is best season to date. He finished fifth at the state meet and followed that up by being the highest Florida finisher at the Foot Locker South Regional (19th), and winning the FACA Senior All Star Meet. Despite his success in cross country, Brown has never competed in the state meet for track and field. He says he plans to take the season one meet at a time and hopefully make it Jacksonville for the big dance.

"I want to score as many points for my team as possible in meets and help them bring home another district title and hopefully a regional one to go with it. Individually. I want to make it to tates in at least one event so I have a chance at a medal. Friends, teammates and my awesome coach Yancey Palmer are going to be people that I will remember and stay in touch with the most. Go Greenies!"