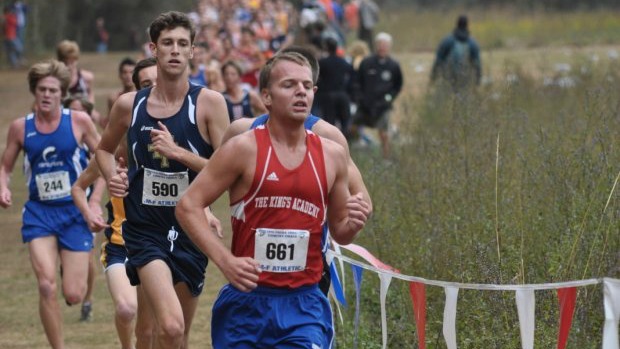 When deciding on a college destination Scott Simpson knew he wanted to stay in the state of Florida. The Kings Academy senior received emails and letters from coaches from public and private institutions both in state and out of state. Simpson wanted to come out of college debt free and wanted to take advance of the value of a state school. After sending letters to various school's and finding out the standards to be a part of their program, Simpson came into the process with an understanding of what he wanted and what schools were looking for. 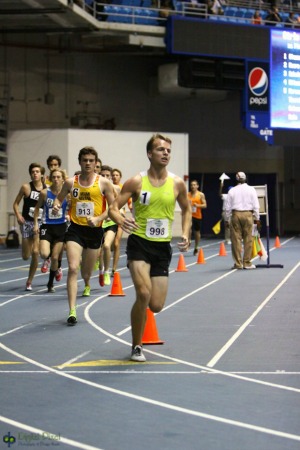 The University of North Florida coaches really took a liking to Simpson after seeing his performance at the Jimmy Carnes Indoor Youth Meet where he ran 4:33.38 for one mile. That is where he met both Kindt and Pigg and set up an official visit to the Jacksonville campus the following week. He came away from the weekend impressed with the coaches, team, and the school and says it was an instant connection.
"I love the campus at UNF and was very impressed with their business school. I qualified for their Presidential (academic) Scholarship, so that was a huge draw. After meeting with Coach Pigg and Coach Kindt and seeing the plans they have for the distance/middle distance program, I knew it was the place for me. I want to be part of a program where I will be able to improve as a runner and also contribute to the team."
Simpson is just like any other runner, passionate, hard working, and loves to compete. Coming from a small school in TKA, their wasn't the sense of team camraderie that he will get with a college team. He says he can't wait for the opportunity to be an Osprey and feed that fire to push himself beyond his limits.
"Coming from a program that has just started to develop these past few years, I never really had many team mates to push me at practice. I was able to meet with friends from other schools to run, but that was on rare occasion. I am very much looking forward to being in a team setting with some guys who share similar goals and a passion for running. I believe running with a team will really help me to excel in college."
Now that the college decision is behind him the Kings Academy senior hopes to continue making memories for the Lions during the outdoor track season. He will remember the first time the boys cross country team ever made it to state during his sophomore year or when he placed sixth in the 1600 meters his junior year to earn his first ever state madel. He says for his senior year he plans to have his best season to date.
"I would really like to win the 1600 meters at states this year and I am ready to put in the work for it. I would also really like to see our 4x400 relay team take top eight at states as well. We have already started working very hard early in the season to fulfill that goal. After high school, my only goal is to continue to push myself and to excel at UNF."