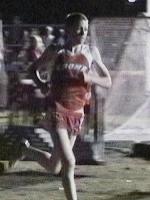 UF Cross Country Runner Overcoming Injury History...
Phil Duncan knows how difficult it is to help his team when he’s stuck on the sideline. He understands the adversity of not being with the team or participating when it matters most. (via The Indepe...

National Signing Day 2011...
National Signing Day for cross country and track is here! This time marks the first day that an athlete can sign a national letter of intent to their college destination.  Athletes have until August ...
2010 flrunners.com All-State XC Selections...
Hey, it's the off-season. So while we kill time and get ready to kick off our track & field coverage next week, let's look back at cross country season one last time! So here are the award winners for...
Through Adversity and Injury, Phil Duncan Stands Tall...
The pain was excruciating, but Phil Duncan kept on going. He was limited to 15 miles a week to train and he was frustrated.  He kept going, taking the turns with care and gritting every time he had t...