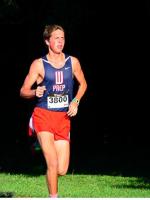 Florida Boys All-Decade Times at NXR Southeast...
Take a look at the top times over the past decade run by Florida boys at Nike Cross Nationals Southeast Regional. ...

NXN By The Numbers: Florida Edition...
We take a statistical look at the both the Florida individual and team qualifiers in the history of Nike Cross Nationals....

Pine Crest's Yared, Bolles' Collier Add Names To Florid...
2016 was a good year for Floridians at NXNSE. For the first time in the meet's history, the Sunshine State sent two individual qualifiers to the national meet in Portland, Oregon. Pine Crest freshman...

NXN SE Florida All-Time Boys Rankings: Khosla Leads Su...
Sukhi Khosla ran the fastest time ever by a Floridian at NXNSE in 2014 when he finished runner-up in 14:56.00. Only two other Sunshine State standouts Elliot Clemente (2012 champion) and Franco Martin...

NXN Spotlight: Franco Martins (2014)...
Last year at this time Franco Martins was a senior at Windermere Prep. Martins was coming off his second consecutive 1A cross country state championship and a 4th place showing at NXNSE. He says the r...