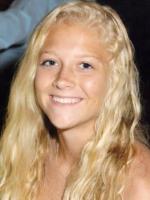 Dunedin's Welsh Soars To PV PR: PCAC Featured Photo Alb...
Andy Warrener was on-site at the Pinellas County Athletic Conference (PCAC) Championships at Clearwater High School and snapped over 250 photos including this one of Dunedin senior and University of...

Lakewood Girls, East Lake Boys Bag Team Titles While Ea...
All season in Pinellas County, it's been north county East Lake and south county Lakewood vying for dominance. The virtual meet for the 2016 PCAC meet had the East Lake girls winning by a point. It wa...

Track & Field Top 50: Girls Pole Vault - FSU Signee Sch...
Summer Schafers was one of the favorites to win the 4A state championship in the girls pole vault before a fluke accident sidelined those plans. The Olympia junior and FSU signee broke her foot prior ...

Track & Field Top 50: Girls 100m Hurdles...
University of Florida signee Kimani Rushing would have been the top returner for the 2016 season. However, the Hallandale senior, and 2A state champion opted to head to Gainesville early. That leaves�...

FSU Relays Headquarters: Virtual Meets, Previews, & Mor...
The top runners in the state of Florida will be in Tallahassee this weekend for the 2015 FSU Relays. The two-day event will feature both high school and college competition....