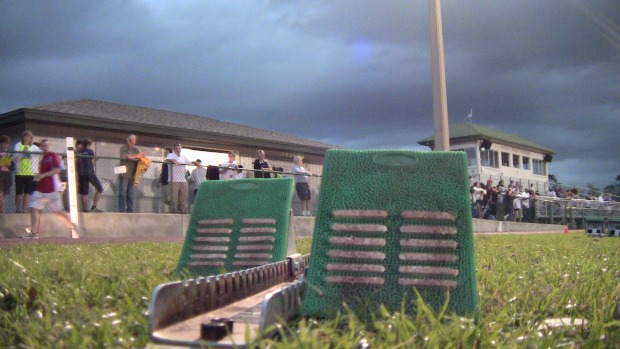 Trinity Prep played host to a half a dozen teams for its annual invitational. This meet marked the started of the 2013 outdoor track and field season for many. The weather was cooperative until the start of the 300 meter hurdles and then mother nature had her way. The ominous sky pictured above unleashed a downpour of rain, the worst which occured during the 800 meter run. Despite, the heavy rain the meet continued and several runners picked up their second and third wins of the day. 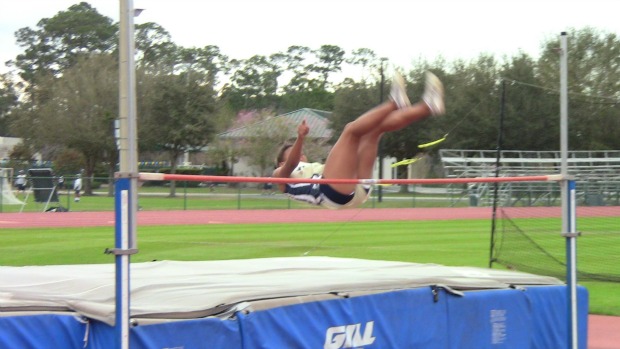 On the girls side, Abby Hani picked up where she left off in 2012. The reigning 1A state champion in the 200,400, and long jump, and runner up in the 100 competed in the three of those events at the meet. The Lake Mary Prep senior started off the day by winning the long jump on her third and final attempt with a very impressive mark of 18-06.5. She then won the 100 in 12.63 and the 400 in 58.75. Brittany McGee of Admiral Farragut who finished second to Hani in the long jump with a leap of 18-00.0, won the high jump with a clearance of 5-00.00. McGee also took first in the 100 meter hurdles 15.24 beating the rest of the field by over three seconds. She was initally scheduled to run the 300 hurdles, but decided to sit out and play it safe with the inclimate weather. Kelly Fahey of host Trinity Prep is looking for another solid year in the distance events. She won the 1600 meter run in a time of 5:31.68. She said after the race it wasn't the time she would have liked, but she was happy with the win. The Saints edged out Lake Mary Prep and the First Academy 166-141-121 for the team trophy. 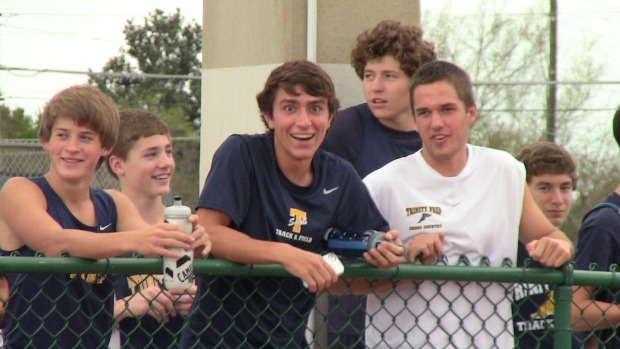 The Saints boys had a much easier time with the competition. Hurdles Nathan Carrier and Kevin Sturn got Trinity Prep off to a fast 18 point start by finishing 1-2 in the 110's. Junior Andrew Hewitt followed that up by finishing first in the 100 meters the first of his two wins on the evening. He would go onto win the 400 meter dash in 51.21. 1A Cross Country Finals runner-up Daniel Salas won both his events the 1600 (4:30.53) and 3200 meter run (9:54.20). Host Trinity Prep took the team title with an outstanding 231 points.