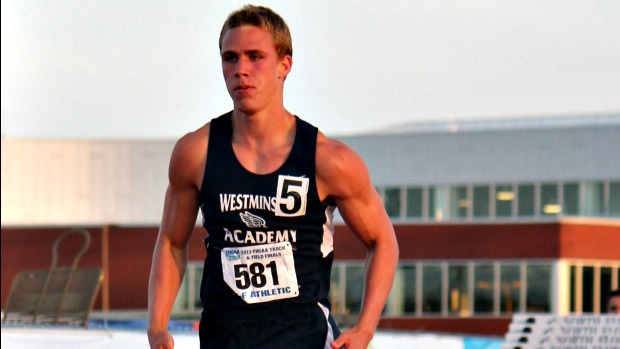 If I were to mention Andrew James to you, what would you say? Majority of the track population would say, "who's Andrew James?" To me it's kind of surprising that people don't know who he is, since he has one of the fastest 400m times in the state, at a time of :48.22. Even with that time, you probably still have no clue who this athlete is. 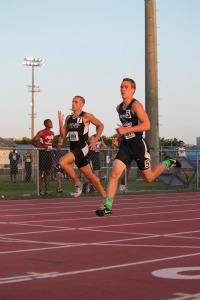 Andrew James, better known to his teammates as AJ, is a sophomore at Westminster Academy (Fort Lauderdale, FL). He is extremely new to the track and field scene as last year he had to sit out his freshman season due to his appendix rupturing and a really bad ankle sprain. "I lost everything in just that short period of time after my appendix ruptured. I lost over twenty pounds and lost all confidence in myself," said AJ when speaking about his injuries. I know very few athletes who know the feeling of sitting out during their freshman year, in a sport they love. Even though everything was thrown at AJ all at once, in such a vigorous way he said, "But with all of this it was kind of a blessing considering it made my work ethic, makes me take advantage of every opportunity I have, and has changed my whole outlook towards life." Andrew is very positive when it comes to his season ending injuries.
AJ competes in the 1A division with schools such as, Calvary Christian, Dade Christian, Sagemont, First Academy, Holy Trinity and other smaller private schools. In this whole entire track season AJ was undefeated in the 400m, leaving the competition at every start of his race and only defeated twice in the 200m. When asked what's one word that describes his race Andrew said, "Uptempo, I try to get out fast and get people out of there comfort zone." Andrew said the highlight of his season was winning the 1A State Title in the 400m dash with a title of :48.82. Others highlights in Mr. James' season would be when Andrew ran a personal best of :21.51 in the 200m at the 1A Outdoor State Finals, placing second. Throughout the season AJ has broken the 400m, 200m and tied the 100m dash record a numerous number of times at Westminster. He is also probably one of the fastest young men that has came around to Westminster Academy in a long time.
In this season AJ has competed in 100m, 200m, 400m, 4x100m and 4x400m. In such relays he lead the team to some of the fastest times in school history. When asked what his favorite race was AJ said, "The 400m because it's longer than your traditional sprint. The 400m is feared by many sprinters and compared to the 200m the 400m is a lot harder on your body. I really enjoy the challenge that the 400m gives."  AJ isn't shutting down just yet as he plans to run at World Youth Trials in Edwardsville, Illinois and some other meets to tune up for that big race. Even though Andrew is not listed on the most recent World Youth Prospect list, he has the 7th fastest time in the 400m with :48.22, and the 4th fastest time in the 200m with :21.51. When AJ was talking about his goals for the summer and his upcoming Junior year he explained, "As for the summer I'm just looking to strengthen up my 400, make the U.S. Youth Worlds Team, and make a statement at the track meets I compete in. For my Junior year I'm looking to win three golds at states. After losing both the 200 and 4x4 I know I have a lot that has to be put in, so there's a lot to look forward to in the upcoming season." 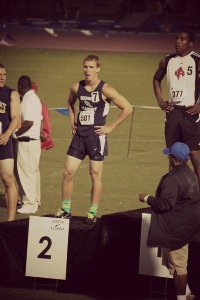 With times such as :48.22 and :21.51 as a sophomore you would think at least some college has shown their interest in AJ. But according to AJ no college has yet to reach out to him when it comes to football or track. When asked what colleges he was interested in, he said, "Well I haven't really looked into colleges from a track perspective so I'm not really familiar with the collegiate track programs but I've grown up loving the University of Florida and Georgia." AJ is very talented in both football and track and for many boys in this position, everyone wonders which sport will they choose. Majority choose football and a select few choose track. When asked about which sport he'd choose AJ made it clear that which ever he excelled the most in would be the one he'd take to college with him.  Andrew James is an athlete you need to watch out for as he lights up the track in his future races to come.
That's it for this 'Who Is' blog. Keep a lookout for my next one! If you have any athletes in mind leave a comment!  Follow me on twitter @micheeellleeee & Instagram @micheeeellleeee !