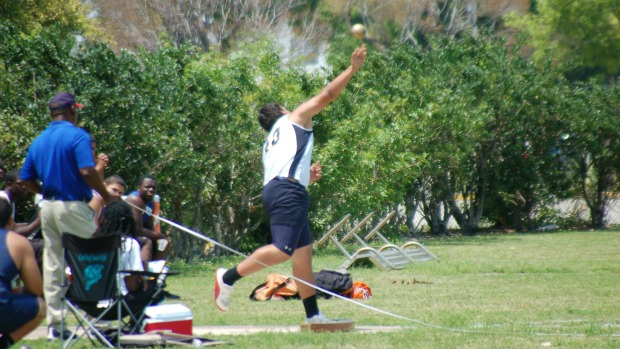 What was your most memorable meet?

My most memorable meet was when I threw a personal best of  59' 00" at the Louie Bing Classic. 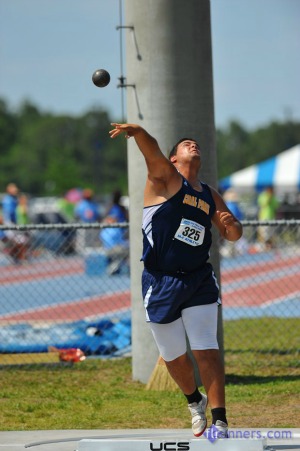 Who would you consider your biggest competition over your four years?
My biggest competitor was Michael Montero from Columbus High School.
What was your greatest accomplishment?
My greatest accomplishment was making it to state four years. I finished third once and second three times.
If you could do it all over again, what would you change about your throwing career in high school?

If I could have changed one thing it would be to have won the state meet.

I will miss the competition and the winning.
What advice would you give to younger athletes?
I would tell younger athletes to work hard six to seven days a week during the season.
What influence has your coach had with respect to your performance and overall life goals?
My coach has had a huge influence. He is not only my father, but my role model as well.

What are your college plans?
I plan on going to FIT (Florida Tech) to play football and continue my throwing career.
Who would you like to say thank you to?
I would like to say thank you  to  the Coral Park teachers and coaches. I had a great career for seven  years as a top thrower in middle school and high school. I enjoyed the competition and the friendly rivalry of the throwers competing against me. Now I look forward to the next chapter.