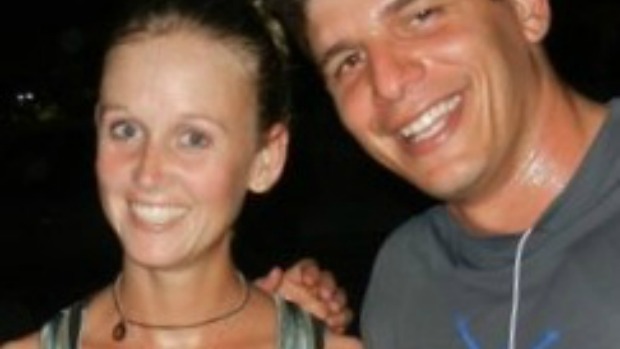 For Jorge and Angie Fleitas (Dannenfeldt) the opportunity to coach at Dr. Phillips High School was one they couldn't pass up. It allowed Jorge to get out of the classroom and work in his field as a guidance counselor, and it gave Angie the chance to be a head coach again, at a school in which she is quite familiar with. She used to coach at DP and says she is looking forward to this homecoming of sorts.
"Leaving DP was a difficult personal decision for me as a coach and teacher, but I am grateful to have the opportunity to come back home and hope to find the same kind of success that I had earlier. I know there will be challenges along this journey but DP has great kids, parents, and administration. I couldn't be happier."
After serving as an assistant with her husband Jorge at Columbus, Angie will now get the opportunity to be the head coach of the girls track and field and cross country programs. She inherits a girls team that has had several coaches in the past. She believes these kids want someone they can trust over time and build that relationship with.
"I think with both distance and sprinters together it will take time, but as they see their success surpass their expectations I  am hoping we will all come together as one unit."
One unit. One Panther. It's a mantra the school has carried not just in their running program, but athletic program as a whole. Coach Jorge Fleitas knows what that sense of community feels like. Fleitas ran for Columbus from 1997-2001 and then was a coach the last nine years. He says he will miss his little Hellions, the support, memories, and of course the championships.
"I've had a ton of great athletes over my time at Columbus. They all had a lasting impact on my life, and I consider them to be a huge part of my family walking away from that is the hard part, but they all have been very supportive and understand my move, and I will miss the Miami running community."
He hopes his success in South Florida can carry on in the Central part of the state. After a late start to the summer training, Coach Jorge Fleitas just wants the Panthers to be competitive. With roughly two months until their first race and four months until the state meet, he says if they are dedicated enough they can make some noise this season. As for track, he adds the future is also looking bright.
"I believe for track we will be amazing. Three out of the four boys in the 4x400 are returning and an amazingly fast freshmen class will be attending DP. We have a great jumper and a lot of speed. If we can build the distance program around it, we should be a complete team."
What is the outlook for Coach Angie Fleitas girls? She says her goal is for the girls to get to the state meet in cross country and be a top five team for track.
"I've been told to be patient but everyone who knows me knows I'm not very patient when it comes to competing. If the girls are as hungry for success as I am (and it seems like they are) then our goals will all line up."
Jorge Fleitas says he wishes to bring both programs together and allow them to feed off each other's successes.
"We hope our drive to win and our goals will rub off on the team, and bring us some hardware in the 2013-2014 school year."