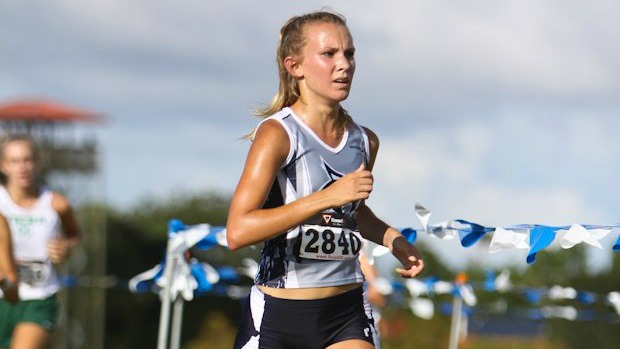 What was your most memorable race?
My most memorable race was districts my senior year. I really wanted to qualify for regionals, but there was a chance I wouldn’t make it out individually. It was going to be close. I remember the last 400m like it was yesterday. People were passing me and I thought to myself I didn’t make it out and I was heartbroken. After I crossed the finish line the first person I looked for was my coach to find out the result. He said I made it and then I really broke down. I couldn’t stop crying for anything. It was a great day and I will always remember that moment. 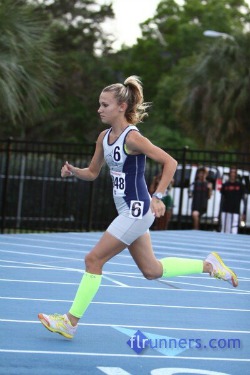 Who would you consider your biggest competition over your four years?
My teammates were my biggest competition over my four years. We always strived to make each other better on and off the track.
What was your greatest accomplishment?
The moment I qualified for regional’s individually when my team didn’t make it and all the hard work that I’ve put in over the last few years to be able to run at the next level.
If you could do it all over again what would you change about your running career in high school?
I would change two things. First I would have ran my freshman year and second when my coach suggested that I could possibly be anemic I would of got checked sooner.
What were the most difficult obstacles you had to overcome?
The biggest obstacle I had was being diagnosed with anemia. I had some serious low iron issues and only I could of discovered it sooner my prior performances could have been better.
What will you miss the most?
I will miss my team, We have had our ups and downs just like all teams, but I have been blessed to have them in my life both athletically and socially.
What advice you would give to younger athletes?
I would tell younger athletes to listen to their coaches. Sometimes they may get on your nerves but they are there to guide you and make you better not just in running but also life. Also. listen to your body. If it hurts tell your coach or the trainer you have to take care of your body. This sport is very demanding.
What influence has your coach had with respect to your performance and overall life goals? 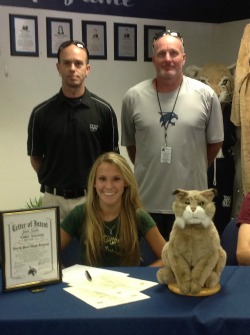 Coach Simpson has had a major Influence on me. He has pushed me both athletically and academically. He never excepted I cant, not in season or out. He has always been encouraging to all of us and made me believe personally  that it was possible to run at the next level no matter what your talent level is. I have been so blessed to have Coach Simpson as a coach.
What are your college plans?
I am proud to say that I will be running at Webber International University. I will also be majoring in Education.
Who would you like to say thank you to?
I would like to say thank you to my parents for getting up early all of them Saturdays and supporting me. I would also like to thank my team. What an amazing three years that we have had. Last but not least, the Simpson family for letting coach spend as much time with the team as he does. Thanks .
Is there anything else you'd like to add?
To the future girls of NPHS cross country, remember champions are made when coach isn’t looking. So work hard no matter what. Hard work pays off I promise. I hope you have an amazing season. Best of luck!