Every week we get thousands of photos from fans, volunteers, and contributors. Each week we are going to feature these photos to show our appreciation for the hard work and support you give to flrunners.com. Do you take photos at meets? Do you want your photos featured. All you need to do is go to the meet page, upload photos, and you can have your very own albums on our site as well! 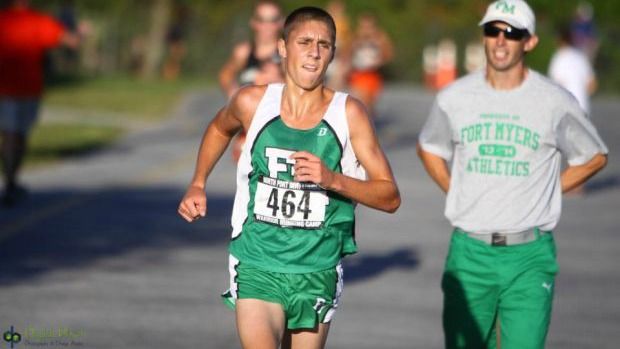 Just like we worked on in practice. Coach Yance Palmer coaching Tyler Bennett to victory at the North Port Invitational. Photo by Jeff Adams. 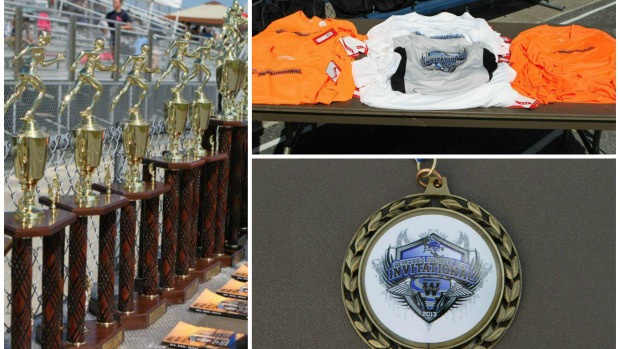 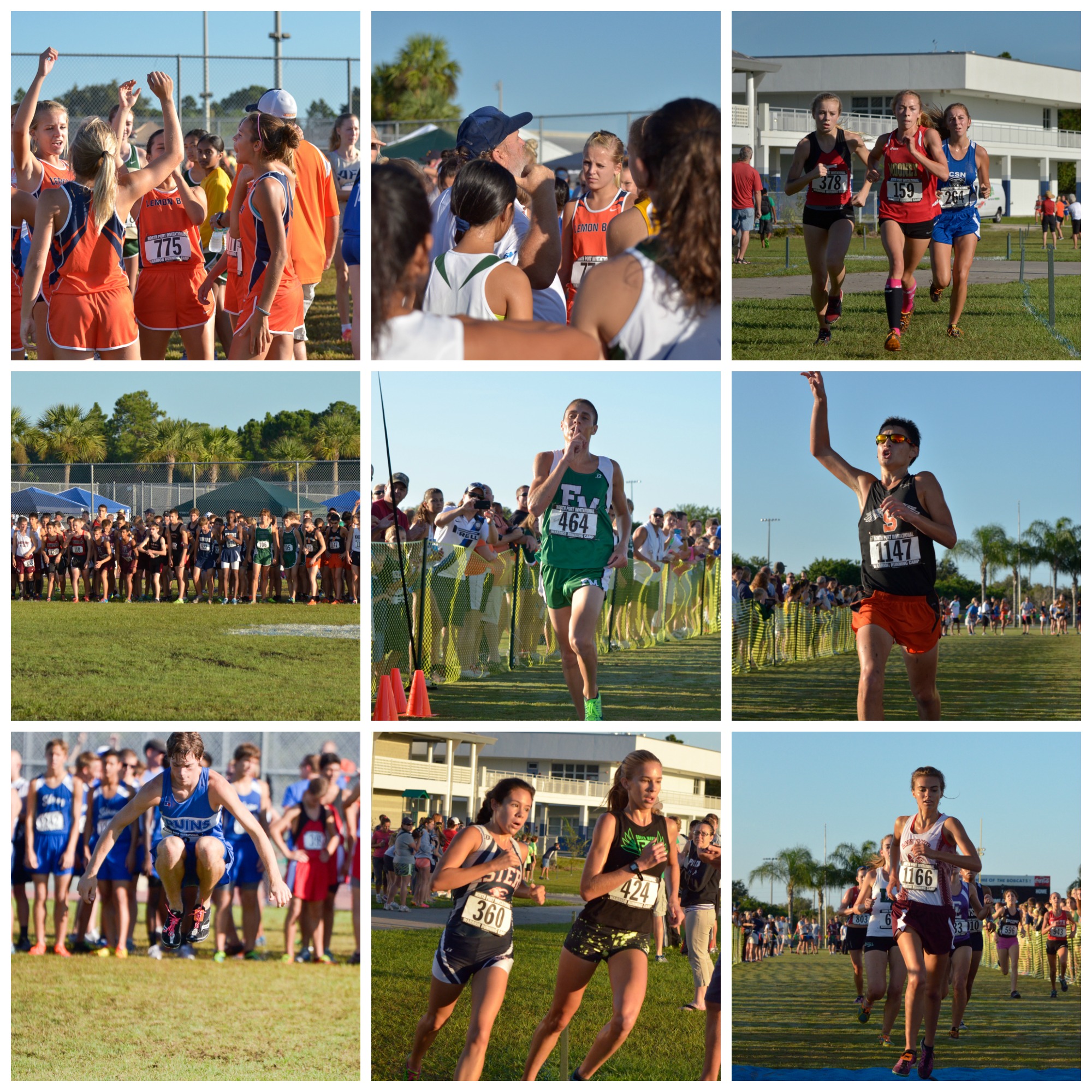 Now showing, North Port Invitational. Tons of great photos from this meet. Over 2,000 by Tom Connor. 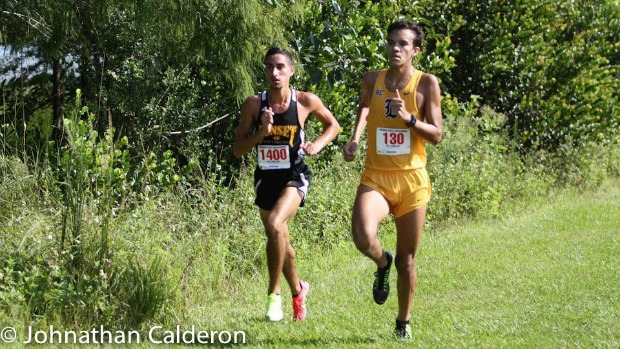 Stride for stride. Sunset's Nick Diaz and Belen's Fabian Tomas go at it at the Spanish River Invitaitonal. 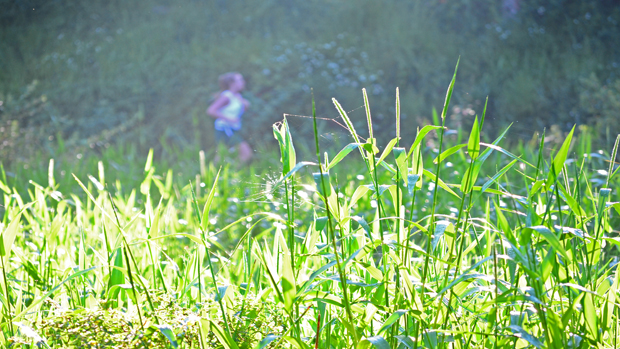 Runner in the mist. Donald Lamb captures the scenic foreground at the Jim Ryun Invitaitonal. 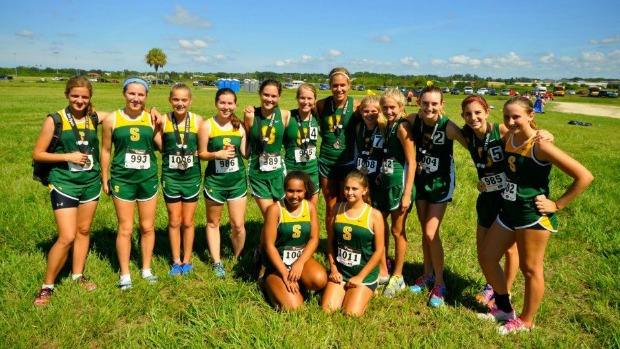 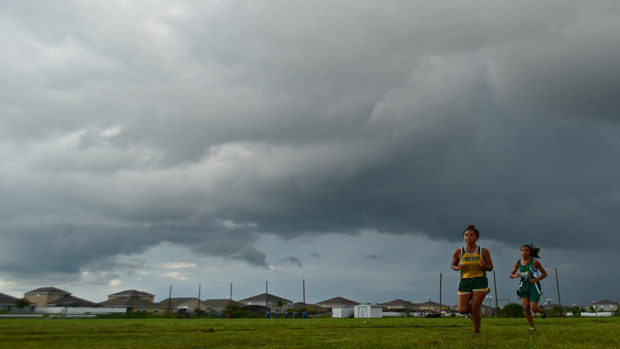 Racing the rain. Donald Lamb caught this shot of imminent weather hovering around the course at Wednesday's friendly meet at Poinciana High School.

Mitchell Invitational by jawarrener (Over 200 photos) 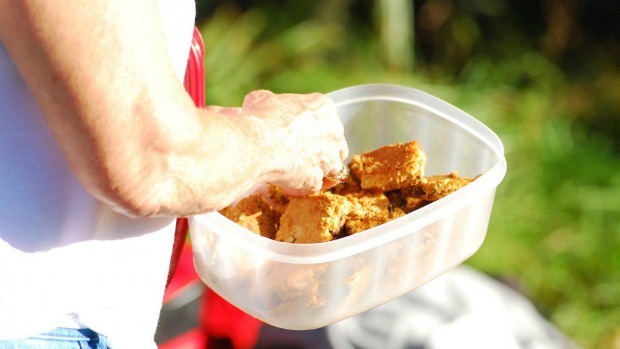 Caught you with your hand in the cookie jar. While out at the Mitchell Invitational Andy Warrener found someone taking the blondies! Those were for the runners. 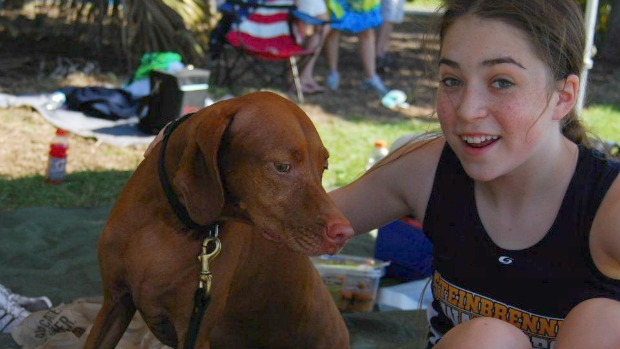 Posing with the pup. This Steinbrenner runner takes a picture with her dog after her race at the Mitchell Invitational. 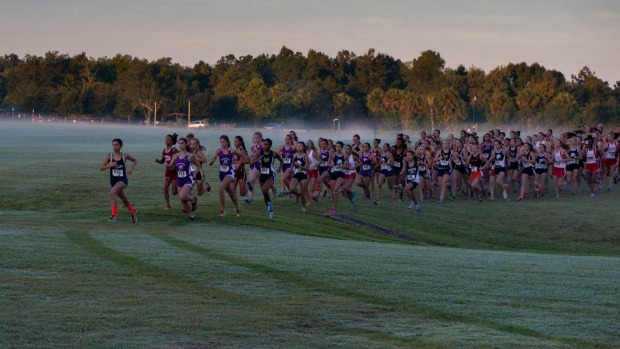 Good morning. The dew on the grass, the fog, and a line of runners captures the essence of an 8:00 start time on the course. FLJayhawkRunr captured this at the Overbay Monte Carlo Invitational. 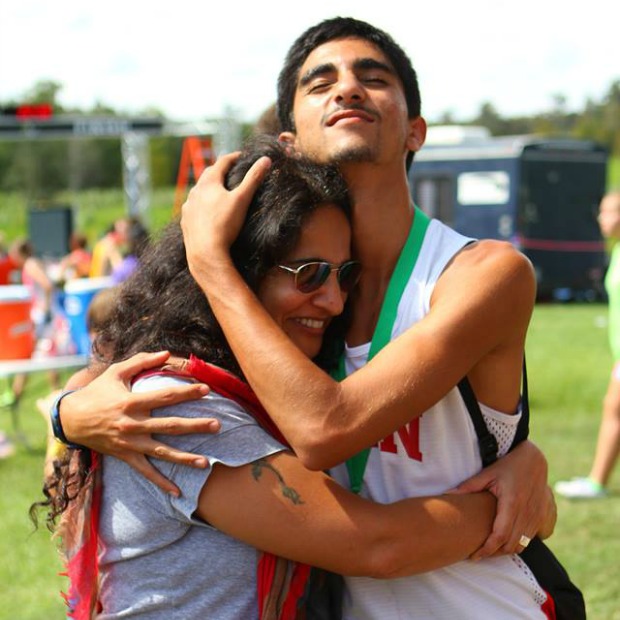 Leon junior Sukhi Khosla gets a hug from his mother after his victory at the Alligator Lake XC Invitational. Photo courtesy of Lea Marshall. 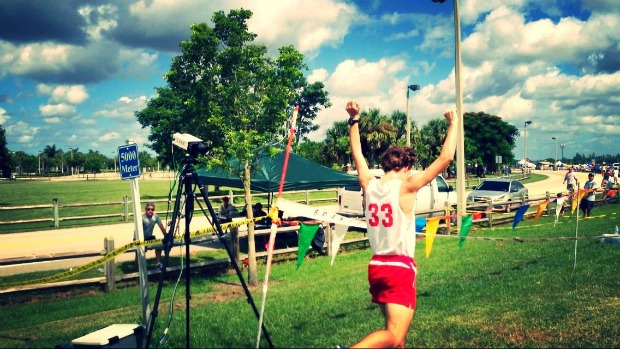 Victory. Nic Jacobsen wins the 1A/2A race at the Spanish River Invitational and his mom captured the special moment with this photograph.